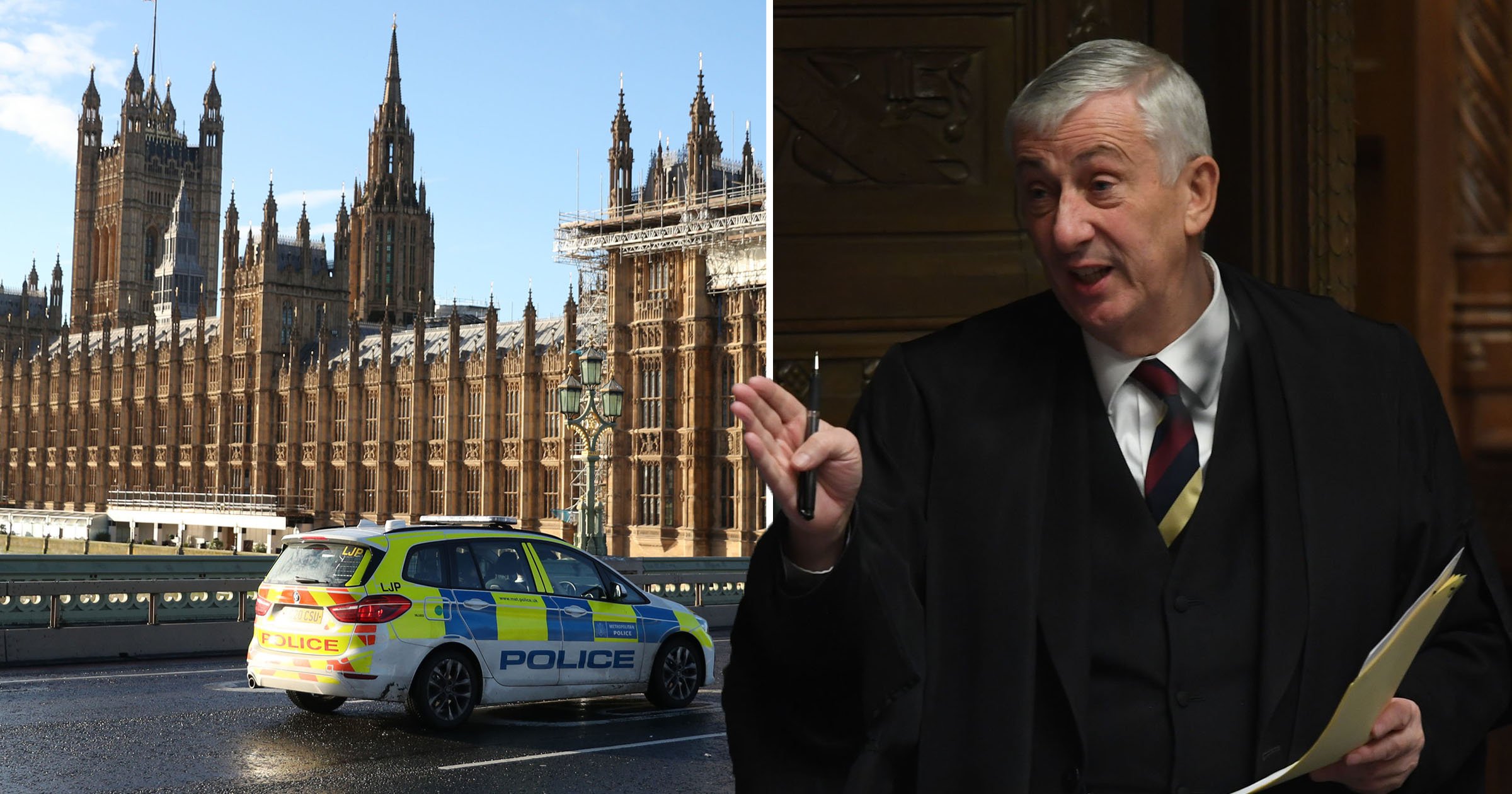 Sniffer dogs may be deployed in parliament after traces of cocaine were found in 11 bathrooms on the estate.

The day before the Government is set to reveal its latest plans to crackdown on drugs, an investigation has uncovered parliament itself appears to have a widespread problem with class As.

Speaker Sir Lindsay Hoyle has promised to call in the police to investigate amid reports of open drug use among staff and MPs.

Of 12 lavatories tested for drugs, 11 were found to have traces of cocaine, including sites near the private offices of Boris Johnson and Priti Patel, according to the Sunday Times.

Tests were carried out using detection wipes most often used by nightclubs to identify drug consumption on site. They turn blue when cocaine is present.

Many of the bathrooms tested were only accessible to people who hold a parliamentary pass. There are about 19,000 pass-holders but most have not been coming in during the Covid pandemic.

The findings prompted a number of sources to share their stories with the paper, on the condition of anonymity.

One said: ‘I have seen an MP openly snorting cocaine at a party. There were journalists present and I warned them that what they were doing was extremely dangerous and they could be exposed but they seemed to get off on the power trip.’

Another, described as a Westminster veteran, added: ‘There is a cocaine culture in parliament. Some people are at it all the time and are totally blasé. Others dabble.

‘Some are household names, some are ambitious young MPs and officials, but all of them risk throwing away their careers. They think they are untouchable, protected by their friends in the bubble. It’s shocking but also sad. Lots of them need help.’

Drug use has led some staffers to lose their jobs while FOI requests have previously revealed that two drug dealers were arrested and 13 people were detained for drugs possession on or around the estate in the last year.

Sir Lindsay called the allegations ‘deeply disturbing’ and promised swift action, including raising them ‘as a priority’ with the Metropolitan Police next week.

He told the Independent: ‘While parliament provides extensive support services for any staff or members who may need help with drug misuse – and I would encourage anyone struggling with such issues to take up such help – for those who choose to flout the law and bring the institution into disrepute the sanctions are serious.’

Meanwhile, the chair of the administration committee, Conservative MP Charles Walker, has said it might be time to deploy sniffer dogs who can detect the presence of drugs.

He said: ‘The House of Commons has a long history of using sniffer dogs to detect explosives. It may be that we now need to broaden the range of sniffer dogs…to include those which can detect drugs.’

The Home Office will tomorrow reveal a 10 year action plan to tackle drug use amid fears it fuels half of all burglaries and violent robberies.

Mr Johnson has hinted at strict new measures including taking away the passports of offenders.