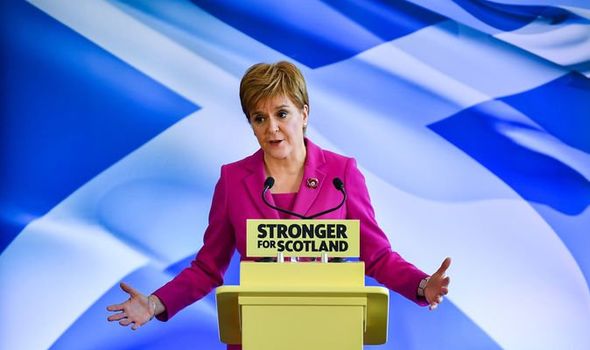 An announcement on the so-called air bridges has been repeatedly pushed back despite the holiday season being just weeks away. Travellers to around 75 countries are expected to be exempted from quarantine restrictions when the list is finally published. People arriving in the UK – including returning Britons – are currently required to self-isolate for a fortnight to reduce the spread of coronavirus.

Mr Shapps told SNP MPs to push Holyrood into backing the plans as quickly as possible.

“I’m very keen to get the devolved administrations, including the Scottish Government, on board so we can get this thing announced,” he added.

It is expected to lift the Foreign Office ban on non-essential travel to nearly all EU destinations, the British territories including Bermuda and Gibraltar, as well as Turkey, Thailand, Australia and New Zealand.

All have been judged low-risk destinations based on their COVID-19 situation.

Miss Sturgeon denied being a “block” on the plans and claimed that Mr Shapps had “misrepresented” the situation.

The First Minister said the UK Government had “significantly changed” proposals shortly before presenting them to the devolved administrations. 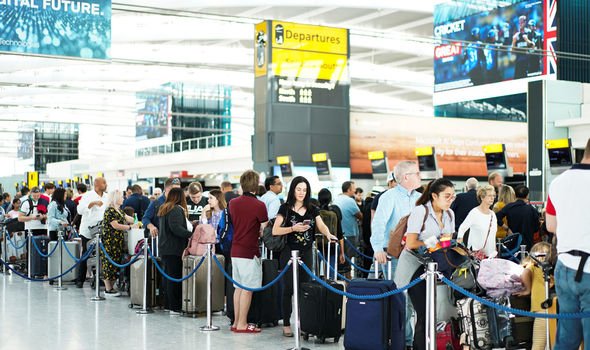 Asked how far away she was from reaching an agreement Miss Sturgeon said the four chief medical officers representing each home nation had agreed “further work” was needed, as she called for “constructive co-operation on all sides.”

“If you want to reach a four nations agreement on something,” she added.

“Then you have to have each of the four nations agree. I don’t think it was accurate to say it was only the Scottish Government asking questions about timing or content on this.”

The UK Government is responsible for border controls but health protection issues are a devolved matter so must be supported by Scottish Government regulations.

Airlines and holiday firms have been desperate for quarantine restrictions to be eased after months of shutdown.

Paul Charles, the chief executive of travel consultancy The PC Agency and member of the Quash Quarantine campaign group, said: “It’s to be welcomed that the Government is effectively abandoning travel corridors and blanket quarantine measures, and enabling travel again to such a wide group of countries from Monday July 6.

“When confirmed, we will get certainty again in our sector, which is badly needed.

“Each day that goes by without confirmation means fewer bookings and more job losses.

“It’s time the Government levelled with the British people on its travel policy, instead of going round and round in circles before making any decision.”

Swissport, the ground handling company, and Collinson, a medical assistance provider, have been working on an airport-based testing system.

Mr Shapps said he is in touch with Swissport and “following those trials and proposals very carefully”.

He added: “We do believe it’s important to be able to provide international standards, and that may well include specific types of testing.”