Princess Charlotte appears to correct George on the balcony

Prince George, Princess Charlotte, and Prince Louis melted hearts with their repeated appearances during the Platinum Jubilee celebrations, with many noting their overall impeccable conduct despite the lengthy outings. And the trio maintains their good manners away from the spotlight as well as they wowed a neighbor with their politeness, etiquette expert Myka Meier claimed. The commentator said George, Charlotte, and Louis had recently been spotted walking around Kensington Palace with their nanny and showcasing how well-mannered they are towards strangers.

She told Royally US: “In Kensington, I have a neighbour who saw them with their nanny.

“The three children walking down Kensington Church Street, which is right next to the palace.

“And she thought, ‘those most polite little children!'” 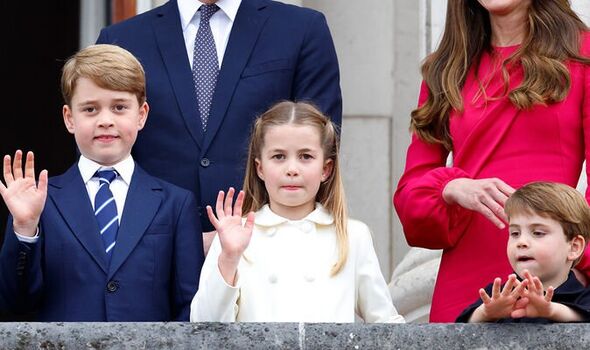 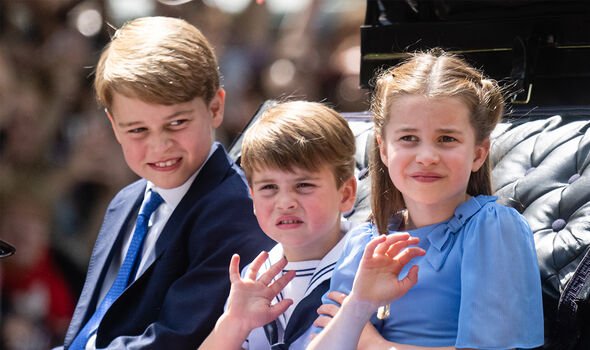 Ms Meier continued: “And she said to the nanny, who she thought was the mother, ‘wow those are such polite children.’

“And she looked down and realised who it was.

“That is just telling to me, it just shows they’re very well educated.”

George, Charlotte, and Louis made their official debut at Trooping the Colour, when they appeared with mum Kate, the Duchess of Cambridge, and step-grandmother Camilla, the Duchess of Cornwall in the carriage procession. 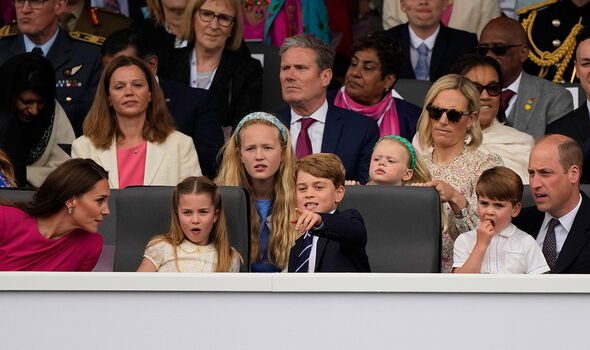 Despite Princess Charlotte being forced to curb some of Prince Louis’s enthusiastic waving, the three children greeted the crowds politely.

And they paid their respect to soldiers old and current as they bowed their heads to the Colour as they passed it in procession.

Prince George and Princess Charlotte accompanied their parents on several outings, including a visit to Wales and the Jubilee concert at Buckingham Palace on June 3.

And on the Sunday they were joined by four-year-old brother Prince Louis, who stole hearts with his antics. 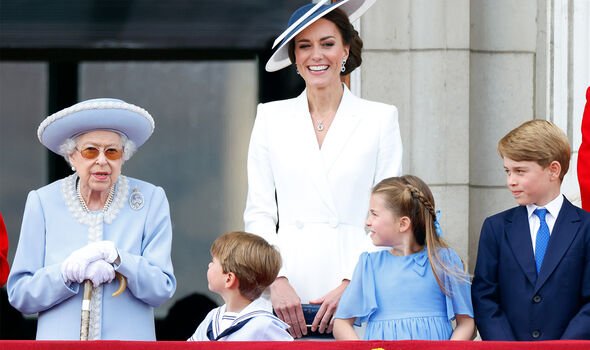 Charlotte and George were snapped in stitches as they looked on to the youngest child of the Duke and Duchess of Cambridge stealing the spotlight as he walked up and down the royal box.

The Duchess of Cambridge was repeatedly forced to intervene to distract her youngest son, with Prince William ultimately asking Prince Charles to have the boy sit on his knees.

The Prince of Wales entertained Louis by discussing the highlights of the People’s Parade that marched outside Buckingham Palace to conclude the Jubilee celebrations.

George, Charlotte, and Louis also joined their parents, grandparents, and great-grandmother the Queen on the Palace’s balcony – a gesture interpreted by many as Her Majesty’s nod of approval to the next generation of royals.