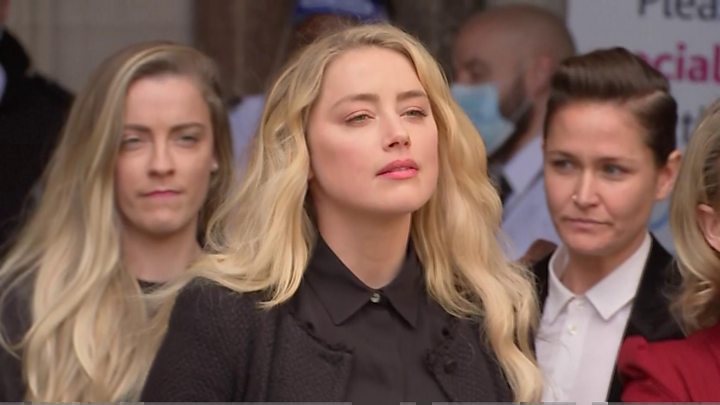 An article in the Sun describing Johnny Depp as a “wife-beater” was “one-sided” and “not researched at all”, the actor’s lawyer told the High Court.

In closing submissions for Mr Depp, David Sherborne said the paper acted as “both judge and jury”.

Mr Depp is suing the newspaper’s publisher and editor for libel, saying the allegation is “completely untrue”.

The Sun’s lawyers said on Monday there was “no doubt” he had “systematically abused” his former wife Amber Heard.

Around 30 fans of the actor were gathered in the main hall of the Royal Courts of Justice and screamed as the 57-year-old Hollywood star entered the building on the final day of the most high-profile British libel case so far in the 21st Century.

Mr Depp is suing News Group Newspapers (NGN) – publisher of the Sun – and executive editor Dan Wootton over an article published on the Sun’s website on 27 April 2018 with the headline: “Gone Potty: How can JK Rowling be ‘genuinely happy’ casting wife beater Johnny Depp in the new Fantastic Beasts film?”

Mr Sherborne told the court the article meant Mr Depp was “guilty, on overwhelming evidence, of serious domestic violence” against Ms Heard, an actress and model, during their marriage.

He said it meant that the actor was unfit to work in the film industry and had paid £5m to compensate Ms Heard for causing significant injuries and making her fear for her life.

It also suggests Mr Depp had been “tried, convicted and sentenced”, his barrister said.

Mr Sherborne referred sarcastically to the “journalistic excellence” the Sun was seeking to defend and said “this court has not heard from a single journalist” about the article.

It was presented in a “deliberately and wholly one-sided manner”, although Mr Depp had never faced any criminal charge of violence against Ms Heard, the lawyer said.

He said Mr Depp knows the allegations are “completely untrue”, as do the friends and other witnesses who testified during the three-week case.

“Why else would Mr Depp, this private man as he explained, expose all the most intimate details of his personal life?” Mr Sherborne said.

Mr Sherborne said the publisher relied on evidence from Ms Heard, “a complex individual with a complex history”.

“We say from the big points even to the smaller ones, Ms Heard has proven herself to be a wholly unreliable witness and, frankly, a compulsive liar – and I don’t say that lightly,” he said.

He said she “blatantly lied” in her evidence, “invented incidents” and “improvised allegations” such as Mr Depp allegedly attacking a flight attendant, which had not been mentioned before in seven witness statements.

Mr Sherborne said originally the Sun had relied on two alleged violent incidents, which had been mentioned in Ms Heard’s application for a restraining order.

But those had now risen to 14 “far more serious, more horrific allegations”, the lawyer said. 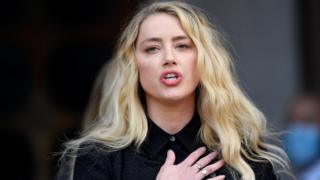 “It is quite clear that they do not add up, so what does Ms Heard do? She invents more, sometimes by retro-engineering texts she has seen,” the lawyer said.

In a statement outside court as the hearing ended, Ms Heard said that despite the “significance” of the case she would have preferred not to have had to be involved in it, adding that, after obtaining a restraining order against Mr Depp in 2016, she had “just wanted to move on with my life”.

She added: “It has been incredibly painful to relive the break-up of my relationship, to have my motives and my truth questioned, and the most traumatic, intimate details of my life with Johnny shared in court and broadcast to the entire world,” she said.

“I stand by my testimony and I now place my faith in British justice.”

On Monday, the legal team for NGN made its closing submissions, defending the Sun’s article as true.

Sasha Wass, representing the publisher, said: “Having heard all the evidence in this case and all the supporting evidence of the incidents of violence, we suggest that there is no doubt that Mr Depp regularly and systematically abused his wife.

“The characterisation that he is a wife-beater is entirely truthful.”

She said Mr Depp’s lifestyle, “surrounded by a clique of ageing, male rabble-rousers with alcohol and drugs shared together”, was “destroying his life, his career and his health”.

Ms Wass said the actor had sought stability with Ms Heard, but “he grew to hate her for her protectiveness” and resented her telling him how he could end his addiction.

“Mr Depp has spent his entire adult life doing exactly what he wanted, and he was not about to answer to a woman at this stage in his life,” she said.

The lawyer for NGN presented the relationship as a generational clash between a “modern and ambitious woman” and a “self-scripted Southern gentleman” who “required a supplicant wife”. She said Mr Depp did not expect his wife to continue working with “young and attractive actors”.

Ms Wass said the Hollywood star was subject to “irrational mood swings and abnormal behavioural patterns” because of his substance abuse. She told the court he gave these changes in behaviour a nickname – “The Monster”.

She also said Mr Depp’s memory of his “disgraceful conduct” was “so severely impaired by drug misuse that he may not even have been aware of the extent of his violence and terrifying behaviour”.

In more than one incident, Ms Heard was put in fear of her life, the lawyer said.

Mr Justice Nicol has said that his judgement will be reserved for a later date.