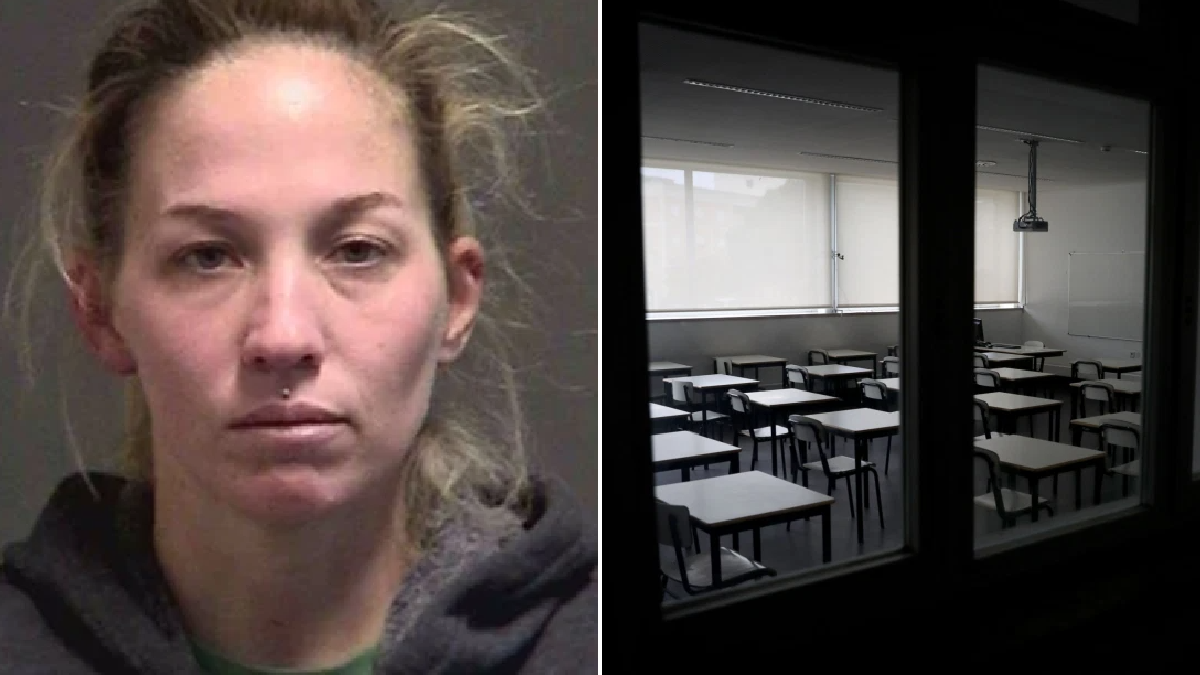 A teacher has been accused of sexually abusing a 15-year-old student in her classroom – after moving surveillance cameras so she couldn’t be caught.

History teacher Hayley Hallmark has been charged with lewd and lascivious behaviour with one of her former students between August 2018 and August 2020.

The alleged abuse took place in Hallmark’s classroom at the Ruckel Middle School in Niceville, Florida.

Hallmark is accused texting the unnamed student, then ‘sexting her’, before the alleged abusive relationship turned sexual.

Hallmark’s arrest report says she and the underage girl performed sexual acts in classrooms, with the door shut and the camera pointed away from them, reports WKRG.

The report added that a forensic interview was conducted with the Child Advocacy Center during the police’s investigation. It says the student was in the 8th grade when text exchanges began.

Police say ‘numerous sexual acts occurring at Ruckel Middle School, in the defendant’s classroom when she helped coach the soccer team after school’.

The arrest report goes on to say that the defendant and her student would tilt the classroom camera away and lean against the classroom door so no one could enter.

The student’s mother, Heather Brescher, has spoken of her disgust at the allegations involving her teenage son.

She said: ‘It’s horrific. It was so sad. It’s shocking, truly shocking.

‘Ultimately it doesn’t matter who it was with. It’s still a child.

‘A child cannot give consent and that all around is just a horrible horrible situation.

‘Not only was that a teacher, but she was a coach.

‘She mentored children. It’s absolutely terrifying, and it makes us feel so vulnerable.

‘It could be the good person in your life. You have to be careful with everybody.’

‘When an educator fails to live up to that high standard, we’re all impacted.

‘Student safety and well-being is our highest priority, and we expect our employees’ conduct to be consistent with that priority.’

Brescher said she’s proud of her son for coming forward to report the alleged sexual abuse.

‘We don’t know how many people are potentially saved because that victim stepped up and spoke out’, she added.

Hallmark has been placed on administrative leave without pay and was released from the Okaloosa County jail on Monday after posting $20,000 bail.