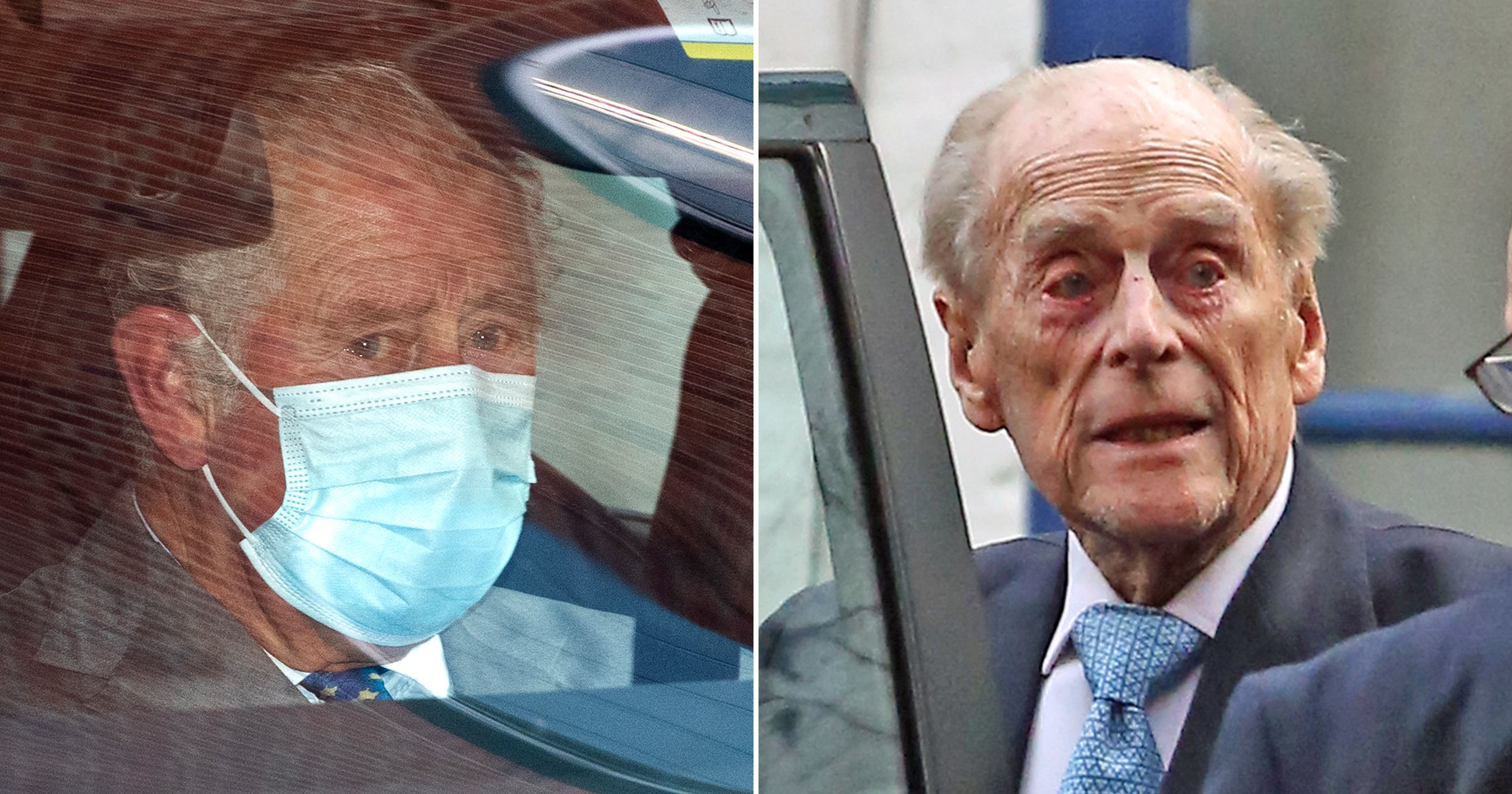 Prince Charles made the 200-mile round-trip to see his father in hospital after not seeing him since before Christmas, reports say.

It is understood Charles wanted to visit the Duke of Edinburgh due to the 99-year-old’s extended stay in hospital.

He is the first member of the royal family to visit Philip, who was admitted on Tuesday evening as a precautionary measure after feeling unwell.

Philip has now spent five nights at King Edward VII’s hospital in London, after walking unaided into the medical centre.

A hospital spokesperson previously said visitors would only be allowed under ‘exceptional circumstances’, due to Covid-19 restrictions.

Charles arrived at the hospital at around 3.20pm on Saturday in a grey Tesla car, and exited the vehicle wearing a face mask, before leaving around 30 minutes later.

The prince travelled from his home in Highgrove, Gloucestershire, to the hospital in the capital.

A Clarence House spokesman confirmed he returned to Highgrove following his visit.

Charles is understood to have wanted to see Philip in light of his extended stay at the hospital.

It is thought Charles had not seen his father since before Christmas because of the nationwide coronavirus restrictions, with the duke staying at Windsor Castle.

The visit came the day after Charles’s son the Duke of Sussex and his wife the Duchess of Sussex were stripped of their prestigious patronages, as the couple confirmed Megxit was permanent.

The duke, who turns 100 on June 10, is in hospital for an undisclosed reason, although it is not coronavirus-related.

Regarding the visit, Buckingham Palace said it had nothing to add to its previous statement on the duke’s admittance to hospital.

Philip is known for his ‘no fuss’ attitude.

Royal author Penny Junor said: ‘We do all know he doesn’t like fuss, and he would regard a visit as fuss.’

She said she did not know the reason for the visit, but added: ‘Momentous things are happening in the family at the moment and I suppose it’s perfectly possible that Charles wanted to go and talk to his father and reassure him about Harry.’

Charles spoke last year of not being able to see his father as coronavirus restrictions persisted.

The prince, who spent much of the first lockdown at Birkhall in Scotland with the Duchess of Cornwall, said in June 2020: ‘Well I haven’t seen my father for a long time.

‘He’s going to be 99 next week, so yes, or my grandchildren or anything. I’ve been doing the FaceTime, is all very well but…

‘It isn’t the same, is it? You really want to give people a hug.’

At Christmas, Buckingham Palace confirmed the Queen and Philip spent the holiday period together at Windsor, apart from the rest of the royal family.

In early December, the Queen had a socially-distanced royal reunion with William, Kate, Charles, Camilla, the Earl and Countess of Wessex and Anne at Windsor at an outdoor Christmas carol concert at the end of the Cambridges’ royal train tour.

But there was no sign of Philip at the festive gathering.

Ahead of Christmas, the duke released a rare public message praising teachers and school staff for their efforts teaching the nation’s children during the pandemic.

On Friday, sources told the PA news agency: ‘Following consultation with his doctor, the Duke of Edinburgh is likely to remain in hospital for observation and rest over the weekend and into next week.

‘As we have said previously, the doctor is acting with an abundance of caution. The duke remains in good spirits.’