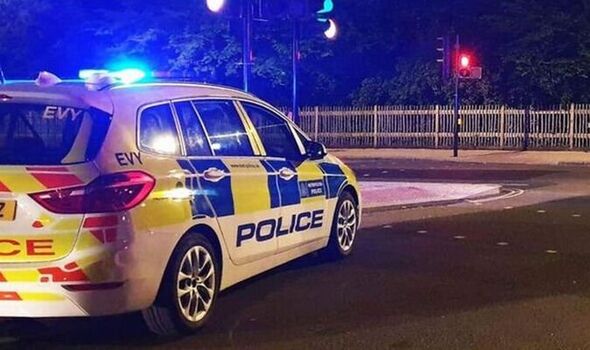 Emergency services rushed to Westwood Hill, near Crystal Palace Park, in south London at around 7pm yesterday after the victim was found with severe stab wounds. Paramedics treated him at the scene and rushed him to hospital, where his condition has been described as “life-threatening”.

A crime scene remains in place on Westwood Hill, which connects Sydenham in the east to Crystal Palace in the west.

Roads are closed as police continue to investigate the stabbing, My London reports.

No arrests have been made at this stage.

A spokesman for Metropolitan Police said: “Police were called to Westwood Hill, SE26, at 19:12hrs on Monday, 8 August, to reports of a stabbing. Officers attended along with paramedics from London Ambulance Service (LAS).

“A man, believed to be in his late teens, was found with stab wounds. He was treated at the scene by paramedics before being taken to hospital. His condition has been assessed as life-threatening.”

Due to the road closures, traffic is busy in and around Sydenham.

Last month, a 19-year-old man died after being stabbed in Beckenham Hill, just three miles east in the Lewisham borough of the capital.

Police were called shortly before 4.50am on Saturday July 16, after the victim self-presented at a south London hospital with stab injuries to his neck.

Speaking ater the Beckenham Hill incident, Detective Chief Inspector Chris Wood, of the Met Police, said: “Firstly my thoughts are with the young man’s friends and family at this incredibly difficult time.

“I want to reassure them and the wider community that we are working around the clock to establish exactly what happened.”