Two teenagers have been arrested on suspicion of attempted murder after a racially aggravated attack on an NHS worker in Bristol.

Avon and Somerset Police say the 18-year-olds were detained on Saturday morning and remain in custody.

The 21-year-old victim – a musician, who only wants to be referred to as K, or his stage name Kdogg – was driven at as he walked to a bus stop, according to witnesses. It happened after he finished work at the Southmead Hospital on Wednesday 22 July.

K, who is also a keen footballer, has been left unable to walk without crutches, he can only sleep sitting up in a chair, and needs regular hospital treatment for his injuries.

He has also been left permanently scarred, with surgeons unable to remove glass and grit in his face.

Doctors have said it will take at least six months before he is able to do most things, but it will take longer for him to be back to full fitness.

A fundraising page set up by a friend has received almost £33,000, and has been supported by the band Massive Attack.

Police say the incident is being treated as racially aggravated because of the racist language used by the people in the car. 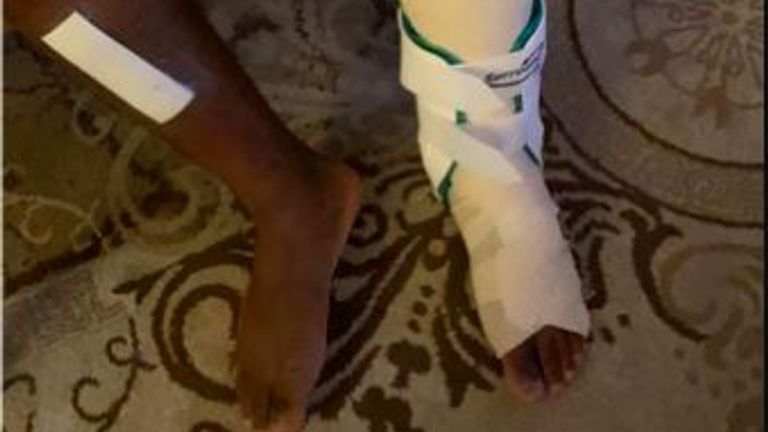 The vehicle has been seized and officers are awaiting the results of a forensic examination.

Superintendent Andy Bennett said: “We appreciate this incident has caused a significant amount of concern, but we’d like to stress there is no intelligence or information to indicate there’s a further risk to the public.

“Bristol is a wonderful city full of diverse communities and I continue to be heartened by its reactions to incidents such as this.”