When Maaza Mengiste found out that she was a Booker Prize finalist for her novel “The Shadow King,” “I went from screaming into the phone, when my editor told me, to just sitting down very quietly,” she said in a phone interview.

“I couldn’t speak, I couldn’t move,” Mengiste added. “I was just shaking.”

The book, about a young Ethiopian woman who becomes a soldier in the Second Italo-Ethiopian War in 1935, features some of the characters Mengiste introduced in her debut novel, “Beneath the Lion’s Gaze,” including Haile Selassie, Ethiopia’s emperor during that time. She spent years working on “The Shadow King,” scrapping an early draft that didn’t work out and delving into research about people on both sides of the conflict.

“I wanted to make sure that I knew enough to develop a full history,” she said. “I was trying new things, and I told myself to forget everything, forget the way you think you’re supposed to write a novel and do what you really want to do.”

Mengiste spoke about the book, the difficulties of researching such a fraught period and the photography she found that helped inform her writing. These are edited excerpts from the conversation.

Why did you choose the title “The Shadow King”?

I wanted the title to represent several things. The obvious one — there is a body double who takes the place of Emperor Haile Selassie, who fled to the United Kingdom. Emperors of Ethiopia have been called the “suns unto their people,” and when the sun leaves, the country is in shadow. There is a Bible verse in Isaiah: “Woe to the country that shadows Ethiopia with wings.” But it also felt to me like it wasn’t just one king, and this is something that the book begins to develop — that all these women that rose up replaced the king. 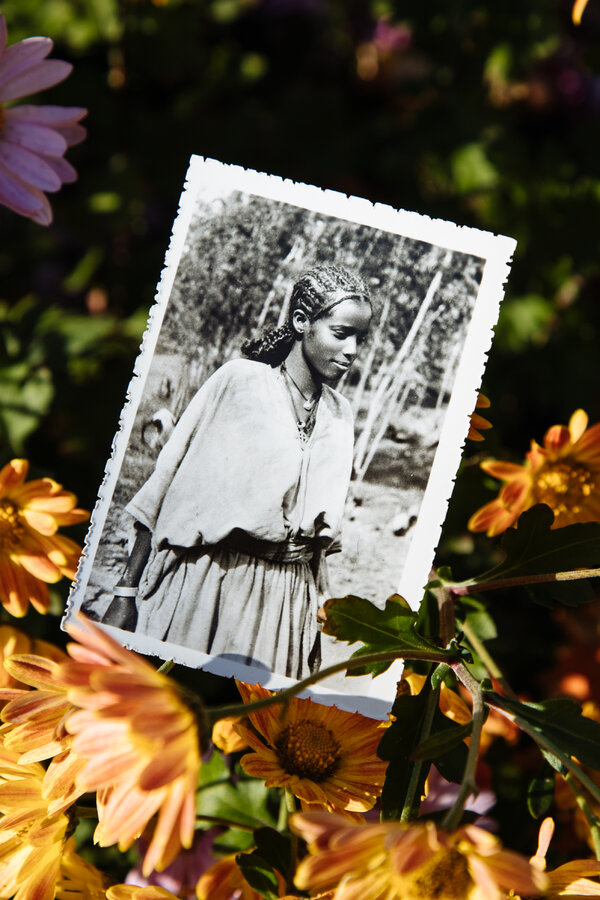 Another layer I thought of is photography, and what does a photographer do but work with shadow and light? We have Ettore, the Italian photographer, who calls himself the archivist of atrocities, but he is also in a darker sense a king who lives in the shadows.

Can we discuss photography and Ettore and what he represented in this story?

I was really interested in the role of photography in colonizing wars. Italy’s wars to subjugate human beings, to enact violence upon them — the camera came first, and the photographs developed a narrative of those groups of people that would justify the violence.

I started to wonder how to speak about this in the book, because I knew that there were photographs that the soldiers brought back with them. I wanted to make a character a photographer/soldier. What is it like to witness and participate and perpetuate violence all at the same time? Can the camera really be a shield for somebody or is it an instrument of complicity? Where is it that those lines start to blur?

Can you talk about your research, particularly with photography?

The official archives that I was looking at in different places in Italy were helpful in some ways, but I quickly realized that in order for me to find history that had not been censored by the Fascists, I needed to become inventive.

I started speaking with Italian friends who were the descendants of soldiers who had been in the war. I discovered that those soldiers who had been in the war often had a camera or they bought or traded photographs and postcards. They also had journals, diaries — those things that were not censored. I decided to look for those artifacts, and I started going to flea markets.

At almost every flea market across Italy there is at least one table that is selling Fascist paraphernalia. I would go to that table, and I would ask them if they had any photographs, anything dealing with the colonial period in East Africa.

I would get one of two reactions. The first reaction would be bending over backward to try to help me, because they either recognized I was Ethiopian or East African, and they thought that might be why I was interested in this. I developed good friendships with some of these vendors who would then text me if they had something interesting.

But then there was also the other reaction of them seeing this Black woman coming up to them and wanting this history that they did not think was mine. And a lot of them were rude. Some would try to push me away from the table. Sometimes they would grab whatever was in my hand and tell me to get away. I always went with an Italian friend and so when that happened, I would just walk away and tell my friend to buy the things I saw. I have a pretty good archive now.

This history is not just theirs. It’s mine too. These people are part of me, and it’s African history. Who has a right to push an African away from African history?

When historians or writers start to look at documents from history, we’re moving in contested territory. There are huge gaps, and we are in danger of falling into pits, if we don’t know where to look. We still have to decolonize the archives.

We see this with other books being written by Africans. For instance, Petina Gappah talked about research on the history of Zimbabwe for her book.

I have really enjoyed talking to her over the years about our work, about this investigation. Because to be an African or to be a part of any group of people that has been colonized when you’re researching in the archives, it’s not just research — it’s detective work that you have to do. It’s not a simple act of looking. It’s complicated by so many erasures that if you don’t know what’s missing, you don’t know what to ask.