Sound familiar? It’s one of many iconic lines to come from Keeping Up With The Kardashians.

But after 14 years of laughs, drama and sibling rivalry, the show is coming to an end and fans are reeling.

Miranda, 24, from Croydon has been a big fan of the show for over a decade.

“I think I’ve watched nearly every single episode, including the spin-offs.

“Some people might think I’m crazy, but it’s one of those shows that you just invest yourself into,” she tells Radio 1 Newsbeat. 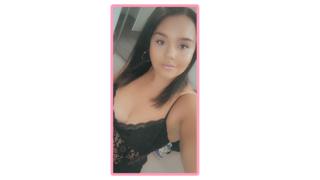 “As much as their lifestyles are so different to the average person because they’re rich and travel all the time, when it comes to family, you could see that they’re just human beings.”

Since it began, they’ve welcomed 10 new additions to the family.

Miranda says: “We watched Kourtney’s eldest son be born on screen, and now he’s 10 – it’s going to be so different watching them on social media instead.

“Watching them grow, build an empire and build businesses shows young women, men or anybody who is interested in the show, not to give up on their dreams.

“As much as everybody has different backgrounds and different lifestyles, I think they are true to themselves and believe in what they do, that’s what’s inspiring.”

That was Sarah Halligan from Dublin’s first reaction when she saw Kim Kardashian’s announcement.

“My work friends had to text me last night to see if I was OK, I joked with my boss that I was going to take the rest of the week off to come to terms with the loss.”

She even wrote a funny out of office email when she heard the news.

“It sounds dramatic, but I am really sad about it ending.

“I’ve watched it since the beginning and got so invested in their lives.

“It became a big part of my life, especially since Kylie started releasing make-up, the girls at work think I’m obsessed.”

“I was 14 when Keeping Up with The Kardashians was first introduced to me, it’s been with me as I’ve grown up,” 27-year-old Antonia Byrne says.

She was gutted when she saw the announcement on Instagram.

“They made reality TV, everyone was talking about it and we got to see all sides of the family which made it more real.

“There’s been so many amazing moments but the one that sticks out for me was when Khloe and Kris pranked Kim, I would’ve reacted the same way Kim did.”

Whether you binged it during lockdown or you have been a fan since day one, the news is a bit of a surprise.

Even if you aren’t a reality TV fan, you can’t deny the impact the show and that family have had on pop culture, especially social media.

While they are paid for the show, it is nothing compared to how much they have been able to make since its success.

KUWTK gave them the platform to create this huge brand and empire selling make-up, clothes, shape wear – a lifestyle.

But it all comes at a cost.

They also said they wanted to keep the show as real as possible, so that meant showing the fun and laughter but also the sad and deeply personal times.

As Khloe said herself in one episode addressing her then boyfriend cheating on her: “I’m not just a reality TV show, this is my life”.

Kourtney started to show real signs of not wanting to be a part of it anymore when she cut the number of episodes she was in last season, saying it didn’t make her happy anymore.

Ratings have fallen in recent years but most of the family is very active on social media and that is where they sell their products.

So maybe they agreed it was time to say goodbye to the cameras in their homes and just film content when they want to.