January employment numbers suggest a stalling of progress toward a full recovery. 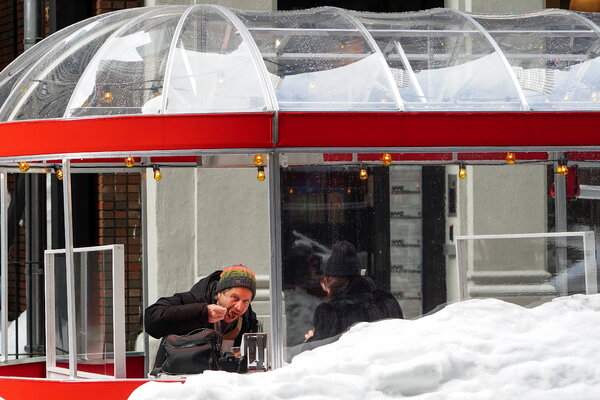 To understand what is important about the new employment numbers released Friday, imagine two different varieties of economic downturn.

In one, a handful of industries experience a near-shutdown for reasons beyond anyone’s control, driving millions of people out of their jobs. But most other industries carry on unfazed.

In another, a broad contraction in spending causes job losses across the economy. The story is not so much about one or two industries being devastated, but lots of them experiencing moderate pain.

In the first case, you would want very carefully targeted help to enable the people affected to stay on their feet until their industry can reopen. In the second, you would just want to pump money into the economy, to stimulate overall demand for goods and services.

In the early phase of the coronavirus pandemic, we saw both types of downturns. Travel-related industries were most affected and experienced the worst job losses, but the pain was sufficiently widespread that there was a generalized crisis of inadequate demand.

But as the year progressed, that changed. The federal government pumped trillions of dollars into the economy, and the Federal Reserve’s actions to support the financial system generated a rally in markets. Industries that were less directly affected by the pandemic figured out how to get up and running safely. And there was a veritable boom in people who bought stuff — durable goods, to be precise, like furniture and exercise equipment — spending some of the money they couldn’t spend on services like restaurant meals.

By the end of 2020, you could tell a story in which workers at hotels, airlines, restaurants and performance arenas desperately needed a hand, but most of the rest of the economy seemed comfortably on a path back to full health.

The January employment numbers, however, undermine that story. They suggest a stalling, and in some areas a reversal, of progress toward a full recovery even in the segments of the economy not directly affected.

There’s plenty of pain to be found in the leisure and hospitality sector, of course — it lost 61,000 additional jobs on top of a revised 536,000 lost in December. This is a brutal winter for the workers in restaurants, hotels and live entertainment venues. But if that were the extent of the pain, generous unemployment checks to the people affected might be enough to solve the problem. After all, we know what it will take to get those industries back to health: widespread vaccination and an easing of public health fears.

But why did durable goods manufacturers cut 17,000 jobs in January? Recall that spending on these goods was the bright spot in the economy in 2020 — yet the sector is still employing 421,000 fewer people than a year ago.