Chiropractors report a surge in problems as millions of workers have spent months clacking away on sofas and beds and awkward kitchen counters. 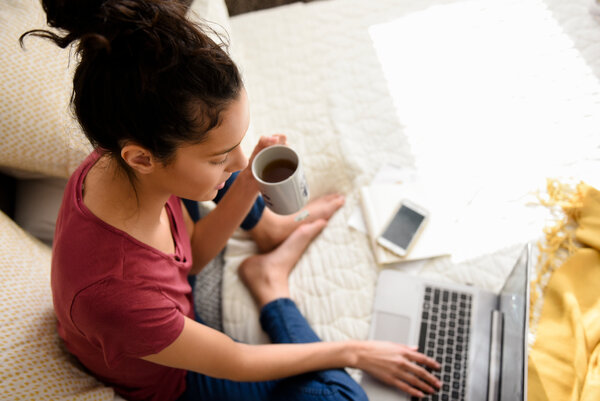 Elizabeth Cuthrell, a Manhattan-based film producer, used to work in an ergonomic office space: comfortable desk chair, monitor at eye level, external keyboard. Then came Covid-19. During stay-at-home she worked on a laptop from a wicker chair, or sometimes on a couch with “cushions like marshmallows.” A month later she felt pain in her neck, wrist and shoulders that sent her to a chiropractor.

“It’s hard to quantify, but this has been a really, really big issue for a lot of my patients,” said Karen Erickson, the chiropractor who treated Ms. Cuthrell. Chiropractors report a surge of injuries and discomfort stemming from the nationwide push to work from home, as millions of workers have spent months clacking away on sofas and beds and awkward kitchen counters. Out with ergonomics, in with hunching over laptops.

According to an April Facebook survey from the American Chiropractic Association, 92 percent of chiropractors (out of 213 respondents) said that patients report more neck pain, back pain or other musculoskeletal issues since the stay-at-home guidance began.

The typical pattern: In March, people thought they would work from home for just a couple of weeks, so it was no problem to work from the couch. Or perhaps their spouse or roommate, also working from home, claimed the one serviceable desk.

At first they felt only mild discomfort. Then, gradually, the pain sharpened. This is most commonly an “overuse injury” that stems from repetitive trauma, said Dr. Michael Fredericson, professor of orthopedic surgery at Stanford University, adding, “It’s kind of like when a tire blows out on you. It wasn’t necessarily one incident; the tread was wearing down over time.”