It was as if the Interstate System of highways had been built using volunteer road crews, working without a map. No one present at the 1969 creation of the network that later became the internet imagined that this niche Pentagon project — built as a research tool for a small group of academic computer scientists — would one day become the backbone of the global economy.

Fast-forward five decades, and Big Tech is eating the world. During this year of pandemic and protest, the combined value of the American tech sector has topped that of the entire European stock market, and the products of its five biggest companies — Amazon, Apple, Facebook, Google and Microsoft — become ever more inescapable features of life and work. Severe market consolidation has prompted increasingly vigorous bipartisan calls to rein in the excesses of the companies built on the internet. Regulation is essential, lawmakers argue, both to restore fairness to the online economy and to protect democracy itself.

Without letting Silicon Valley giants off the hook, James Ball argues that the fix is not so simple. The problem isn’t just the business practices of a few companies, he explains in his nimble and persuasive new book, “The Tangled Web We Weave.” It is the entire system. 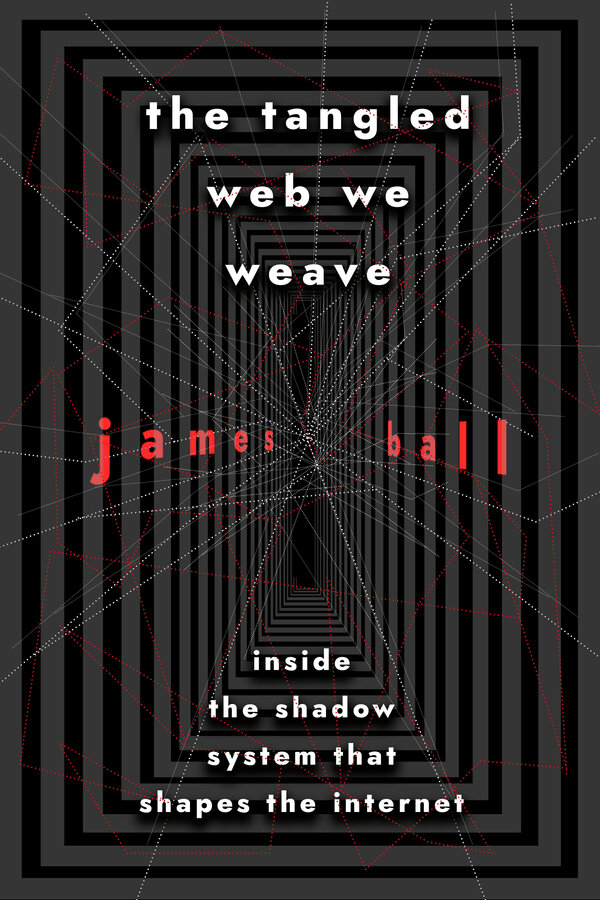 Ball, an investigative journalist who was part of the reporting team for The Guardian that broke Edward Snowden’s 2013 revelations of N.S.A. surveillance, is on familiar terms with the online world’s darker corners and the role governments and their spy agencies have played in shaping them. Unsurprisingly, he has little patience for tech’s free-market mythmaking or for the gauzy abstractions — cloud, mobile, search, social — used to describe its products. Drawing on unusually candid interviews with a series of tech insiders and writing in terms that nontechnical readers can understand, Ball pulls away the software curtain to reveal a more complex institutional and corporate history.

The internet’s greatest strengths — its nonhierarchical architecture, its scalability — allowed it to quickly expand after American regulators opened the network up to commercial activity in the early 1990s. Yet the pace of expansion overwhelmed the organizations tasked with its maintenance and oversight, such as ICANN, the registry of domain names, and revealed the difficulties inherent in having a global network born in and governed by America.

Although Ball does not go into great detail about the broader political dynamics, his tale demonstrates how very much this timing and context mattered. Emerging as a commercial platform at a moment when Reaganite conservatism gave way to Clintonian centrism, the internet became a system where deep-pocketed industries prevailed over a public sector withered by four decades of austerity politics and an increasingly laissez-faire approach to corporate regulation.

The result was something that one Silicon Valley investor once termed “the largest single legal creation of wealth we’ve witnessed on the planet.” Cable companies grew fatter and richer on all the internet traffic; venture capitalists pushed start-ups to move fast, break things and cash out at the end. Ball is particularly helpful in offering a deep dive into the business of online advertising, whose tools and tactics make the data privacy intrusions of the online world possible, and whose perverse incentives have both undermined the economics of old media and clogged our consoles with clickbait.

As Ball chronicles, the relentless commercial tracking of life online created an opening for more alarming intrusions. The American government spied on its citizens and allowed the internet’s insecurities to be exploited by hackers. China, busily building up its tech infrastructure as our own system frays, is willing to take surveillance and industrial espionage even further. “This is the world that advertising capitalism has built,” Ball concludes ruefully, “a world in which our expectations of any kind of private life are disappearing, and leaving us feeling disempowered against both our major corporations and our governments.”

What should we do? “The joy and wonder of the internet is that everything is connected,” Ball writes. “Clearly, for anyone trying to look at how to fix its problems, the fact that everything is connected makes everything a lot harder, too.” Keenly aware of the intrusive track record of the national security state, Ball is reluctant to lean too hard on the government for answers. Instead, he argues, “we need to become systems thinkers” who recognize that Big Tech is only one piece of a larger whole.

It is indeed high time to move beyond the malevolent-overlord thesis of some recent tech critique. This book is refreshing and necessary in this regard. But we need to change our institutions as well as our thinking. As Ball’s evidence makes clear, a sharp power imbalance between public and private sectors is at the root of our problems. We are overdue for a systemic correction.