Google owns the world’s leading search engine, it operates the largest video-hosting service in YouTube, and its popular web browser, email, map and meeting software is used by billions of people.

But its financial heft — the source of nearly all its enormous profits — is advertising. And perhaps no day was more pivotal in transforming Google into a powerhouse across the entire digital advertising industry than April 13, 2007, when the company clinched a deal to buy DoubleClick for $3.1 billion.

The deal turned out to be “a total game changer, a crucial piece in the larger jigsaw puzzle Google put together,” said Timothy Armstrong, a former Google executive who championed the acquisition.

It has also turned out to be a classic example of why a growing number of antitrust experts say lawmakers need to broadly rethink how mergers are regulated when the buyer is a tech company with strong and growing market power.

Google’s ad business is now a focus of wide-ranging investigations by the Justice Department and state attorneys general. The scrutiny includes whether the company choked off competitors, or shortchanged advertisers and publishers, and how it assembled its ad empire, including DoubleClick, an ad technology company and marketplace. 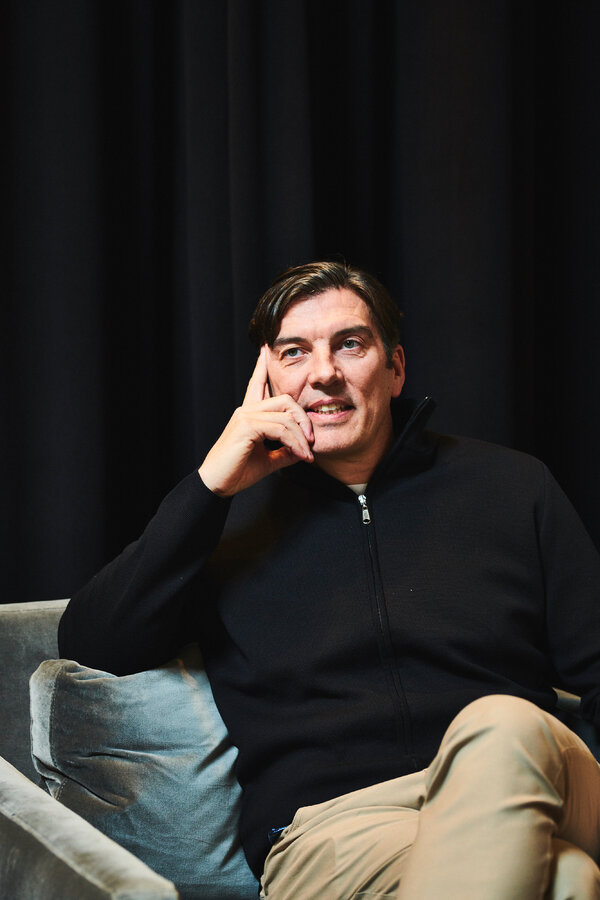 The Justice Department is expected to file an antitrust suit against Google by the end of the month. It is unclear whether the case will be focused on the ad business, or concentrate on renewed allegations that Google’s search algorithm gives preference to its shopping and other commerce services and hobbles rivals.

That internal debate, many experts say, points to the challenge facing antitrust enforcement in a fast-moving, complex tech business: Investigations are difficult, long and backward looking.

Instead, those experts say, the country needs a more pre-emptive approach, making it much more difficult for big tech corporations to buy other companies — and perhaps forcing spinoffs if a past acquisition took out a nascent competitor or became a short cut to greater market power. In other words, changing the law so that Google would not have been able to buy DoubleClick.

The Federal Trade Commission, which reviews many mergers, approved the DoubleClick deal in a 4-to-1 vote. William Kovacic cast one of the four assenting votes.

“If I knew in 2007 what I know now, I would have voted to challenge the DoubleClick acquisition,” said Mr. Kovacic, now a law professor at George Washington University who is among the experts pushing for stronger merger oversight.

In Senate testimony last week, Donald Harrison, Google’s president of global partnerships and corporate development, described the DoubleClick deal and smaller ones in digital advertising as “finding a piece of technology” that the company then invested in and strengthened to accelerate innovation.

Online ad prices, Mr. Harrison said, have fallen over the past decade, and it is a highly competitive marketplace.

DoubleClick had a valuable asset: its business relationships and ad-serving technology used by thousands of publishers online.

In 2007, Google was a tenth of the size it is today. Still, it was a surging company and a heavyweight in search and in search advertising, with $16.6 billion in revenue. And it was headed for the business where DoubleClick made its living — larger display ads on websites and video ads. Google, for example, was giving away software tools that DoubleClick had charged for. To diversify, DoubleClick created an ad exchange, or marketplace, as a new business and a buffering source of revenue.

“But we were terrified,” recalled Michael Rubenstein, a former DoubleClick executive. The DoubleClick managers and investors decided it was a good time to sell.

The auction for the company came down to three finalists, Yahoo, Microsoft and Google, said David Rosenblatt, a former chief executive of DoubleClick. The three bids were similar in value, he said, but Google, given its thriving search business, had access to the largest pool of advertisers, complementing DoubleClick’s strength with publishers.

“The combination with Google made the most sense,” Mr. Rosenblatt said.

The Federal Trade Commission gave Google the go-ahead to buy DoubleClick by December 2007, as did the European Commission a few months later. Looking back, Mr. Kovacic said a legal challenge to the deal would have been “difficult but not impossible.”

Another former commissioner said a merger review was a prediction of whether competition may or may not result. But he added that it was an educated guess, made by regulators grounded in the present. No one foresaw the power that tech platforms like Google, Facebook and Amazon would amass, said the former commissioner, who asked not to be identified because of potential conflicts with clients of his firm.

In its 2007 statement allowing the DoubleClick deal, the commission described broad swaths of the digital ad market as “relatively nascent, dynamic and highly fragmented,” adding that other big companies “appear to be well positioned to compete vigorously against Google.”

Microsoft, it seemed, could be a formidable rival. Just a month after Google announced the DoubleClick deal, Microsoft agreed to pay about twice as much — more than $6 billion — to acquire aQuantive, another digital ad company.

At the time, aQuantive mainly appealed to Microsoft as a competitor to Google that could slow its expansion plans in advertising. Microsoft saw Google as its most dangerous rival because it posed a threat to Microsoft’s lifeblood products, Windows and Office, former executives say. Google was offering free versions of email, document and spreadsheet programs over the internet, subsidized by advertising.

“With DoubleClick, Google was playing offense, but aQuantive was a defensive move for Microsoft,” said Brian McAndrews, the former chief executive of aQuantive. (Mr. McAndrews is a member of The New York Times’s board of directors.)

For Microsoft, aQuantive was never really a priority, former executives say, and its leaders departed and it withered. In 2012, Microsoft publicly conceded that the deal had failed, taking a $6 billion write-off.

While DoubleClick was its largest deal by far, Google built up its ad technology business with a string of acquisitions. It bought start-ups that made software for publishers, advertisers and mobile ads, including AdMob in 2009, Invite Media in 2010 and AdMeld in 2011.

Those building blocks and its in-house innovations have given Google a strong presence in every step of buying and selling online ads.

“Google has put it all together,” said Jeffrey Rayport, an online marketing expert at the Harvard Business School. “Google is the market under one roof.”

Google’s one-stop shop is a huge convenience for the smaller businesses that generate much of the tech giant’s revenue and do not have online advertising expertise. But the Google machine can seem like a fortress to ad tech companies seeking a slice of the market.

In 2007, with big companies scooping up digital ad properties, Brian O’Kelley saw opportunity. He left Right Media, which Yahoo had just bought and where he had been chief technology officer, and founded AppNexus.

His ad tech start-up was meant to be an independent middleman for advertisers and publishers, an alternative to the rising powers of digital advertising, Google and later Facebook.

By 2010, the start-up was gaining momentum and attracting attention. That October, Microsoft led a $50 million round of venture funding in AppNexus. A month later, Mr. O’Kelley said, AppNexus was cut off from DoubleClick, just as the peak holiday marketing season was getting underway.

Google said it could not comment on dealings with specific customers like AppNexus. But Google said that it had policies on “ad quality, ad content and malware” and that violations sometimes led to suspending access to the DoubleClick ad exchange.

The issue, Mr. O’Kelley said, was a technical one: Google’s software attributed ads it said violated its rules to AppNexus rather than to the advertiser.

When the AppNexus cutoff raised alarm in the ad industry, Google issued a statement calling AppNexus “a great partner” and saying the two companies were working to resolve the matter.

The problem lasted a few weeks, a temporary blow to the start-up. The message Mr. O’Kelley and his team took from the episode was that operating a business in the Google ad ecosystem could be precarious and unpredictable.

Over the next several years, AppNexus struggled at times, but it persevered and emerged as an alternative to the Google marketplace. In 2018, AT&T bought AppNexus for $1.6 billion. AT&T executives spoke of the company as a linchpin in AT&T’s vision of creating a television and digital video advertising exchange that would be a counterweight to Google and Facebook.

But those ambitions were scaled back, and the focus became using AppNexus to provide the best ad tech for AT&T’s Time Warner television and video units, including CNN, TBS and TNT. This month, The Wall Street Journal reported that AT&T was looking to sell its digital ad unit.

Things might look different today if the Federal Trade Commission had made a different decision in 2007, said Mr. O’Kelley, who left AT&T in early 2019.

“Had DoubleClick not gone to Google,” he said, “it’s not clear that Google would have been the power it became — certainly not as easily.”