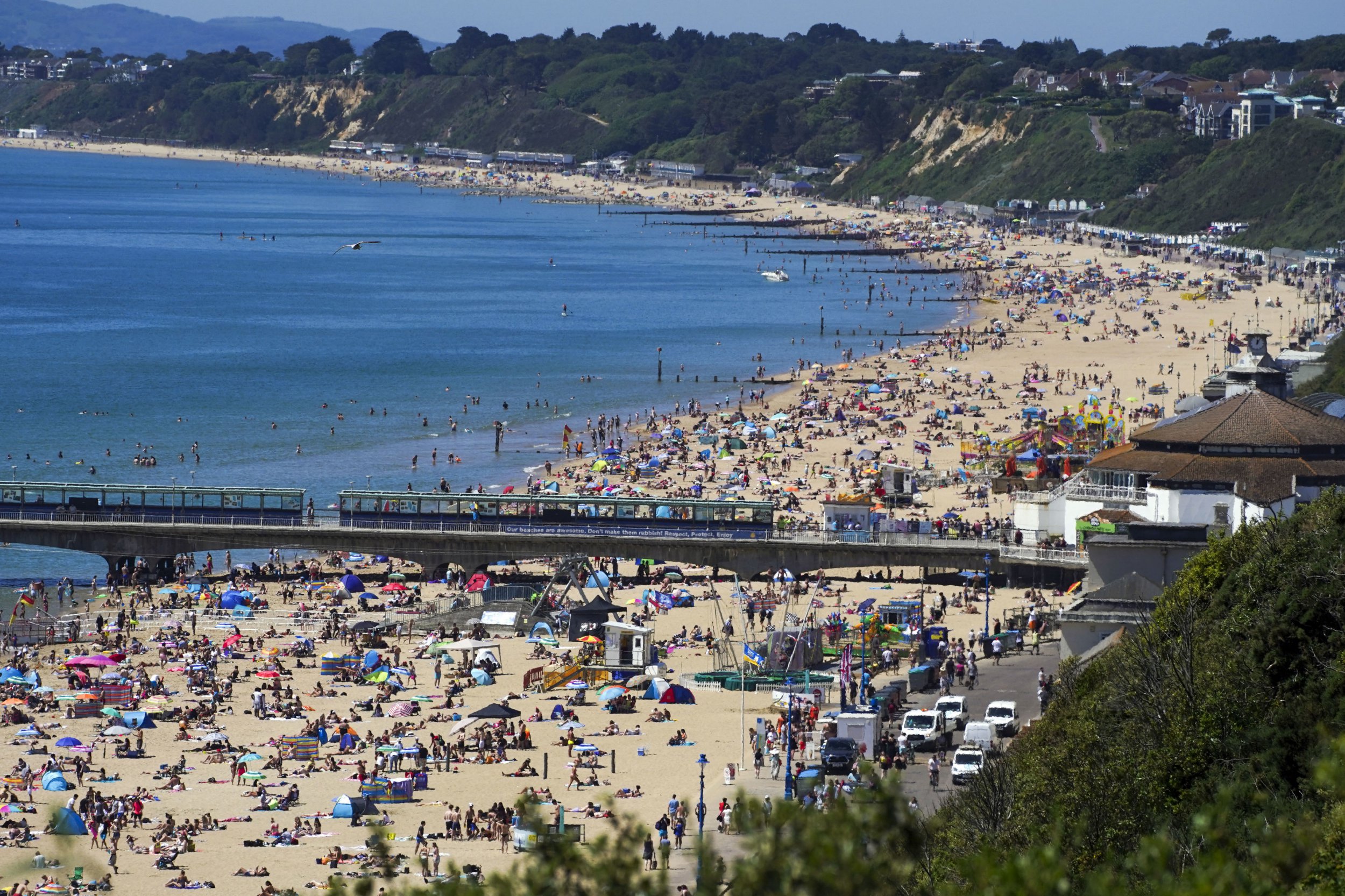 Today is officially the hottest day of 2021 so far, with mercury nearly hitting 29°C this afternoon.

According to the Met Office, the hottest spot in the country was Heathrow, west London, where temperatures hit 28.6°C.

The previous hottest day of the year was June 2, when 28.3°C was recorded in Northolt, west London.

This was matched today in Teddington, Bushy Park and St James’s Park in London, the Met Office said.

Today has been a scorcher for much of the country, particularly the South East where skies have been bright and clear.

But forecasters have warned of thunderstorms across much of the country by the middle of the week.

Parts of the South East are set for 50mm of rain in the space of two to three hours, with 30mm falling in one hour in most places.

Parts of the South East are set for 50mm of rain in the space of two to three hours, with 30mm falling in one hour in most places.

The weather has been a bit cooler and cloudier in nothern England today, with temperatures hitting around 19°C in Manchester and 16°C in Newcastle.

The Met Office has warned people to be prepared when heading out and about today due to high UV and pollen levels across much of England and Wales.

On Sunday, Northern Ireland and Wales recorded their warmest day of the year so far, with 27.4°C in Cardiff and 25.3°C at the Giant’s Causeway in Co Antrim.

Yellow weather warnings remain in place for much of England and the eastern half of Wales from Wednesday to Friday, with the Met Office warning of travel disruption and flooding.

‘There is still the potential for some more settled spells and some warm weather is possible later in the month, but it is generally turning more changeable from this weekend.’

This is a breaking news story – more to follow.