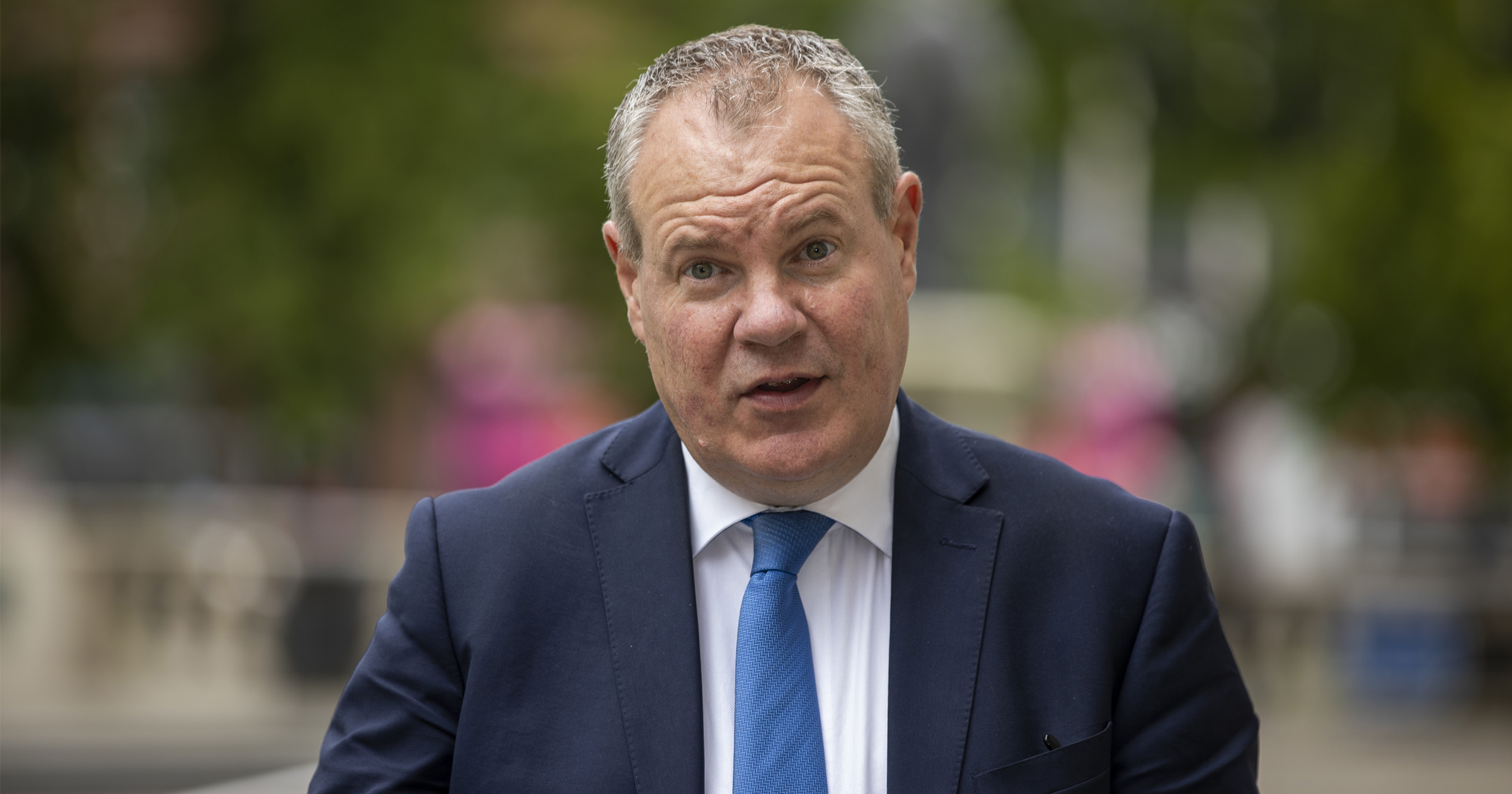 A Tory minister has been sacked over alleged inappropriate behaviour at the party’s conference.

Liz Truss has told Conor Burns to ‘leave the government with immediate effect’ after a complaint of ‘serious misconduct’ came to light.

The junior trade minister has also had the whip suspended and will sit in the Commons as an independent pending an investigation.

The Bournemouth West MP told The Sun ‘he will fully cooperate with the investigation and looks forward to clearing his name’.

No details of the alleged behaviour have been revealed. Metro.co.uk has contacted Mr Burns for comment.

A Number 10 spokesperson said: ‘Following a complaint of serious misconduct, the prime minister has asked Conor Burns MP to leave the government with immediate effect.

‘The prime minister took direct action on being informed of this allegation and is clear that all ministers should maintain the high standards of behaviour – as the public rightly expects.’

A spokesperson for the Tory whips office said: ‘We have suspended the whip pending investigation into allegations of inappropriate behaviour earlier this week.

‘We take all such allegations extremely seriously. The prime minister has been clear that the highest standards in public life must be upheld.’

The Conservative Party conference was held in Birmingham and finished earlier this week.

The 50-year-old was first elected in 2010 and was appointed to a role in the trade department by Liz Truss last month.

Prior to that he held a junior Northern Ireland brief, which followed a stint on the backbenches after stepping down from his first ministerial post.

Mr Burns was forced to resign from another trade role in May 2020 after a standards investigation found he had made ‘veiled threats’ to a member of the public involved in a financial dispute with his father.

He was found to have tried to intimidate the recipient of a letter by raising the prospect of the use of parliamentary privilege to publicly discuss the case.

In response, he tendered his resignation after accepting the findings ‘unreservedly and without rancour’.

He is considered a close ally of Boris Johnson and was an early supporter in his campaign to be leader of the Conservative Party.

Mr Burns also emerged as one his most staunch defenders during the partygate scandal.

His comment that the prime minister had been ‘ambushed by a cake’ when details of his lockdown-busting birthday party came to light attracted widespread mockery.