A federal judge ordered a mistrial Wednesday after a jury deadlocked over whether a former University of Tennessee scientist hid his work in Beijing in order to obtain U.S. government research grants.

The criminal trial of Anming Hu was the first after a series of arrests of researchers accused of concealing work in China while receiving American taxpayer-funded grants, and the outcome points to challenges that federal authorities face in trying to police scientific collaborations the U.S. says are boosting China’s competitiveness.

The six-day trial featured testimony from government agents about Mr. Hu’s work at the Beijing University of Technology, but also from University of Tennessee employees fumbling to explain disclosure policies.

After a little more than one day’s deliberations, the jury in Knoxville, Tenn., said it couldn’t reach a verdict on whether Mr. Hu was guilty of six counts of wire fraud and false statements.

Prosecutors alleged that Mr. Hu, who specializes in nanotechnology research, misled his university and the U.S. government by not reporting his Beijing post in University of Tennessee conflict-of-interest forms and in applications for National Aeronautics and Space Administration grants.

Mr. Hu, who lost his job at the University of Tennessee after his February 2020 indictment, testified during the trial that he saw his post in Beijing as a summer job that didn’t meet his U.S. school’s conflict-of-interest guidelines and so didn’t need to be disclosed.

"This job he had, this chair, a part-time, couple of weeks per year, it wasn’t a conflict of interest under the policy, and he was not required to report it," his attorney, Philip Lomonaco, said in summing up the case for the jury on Monday.

US REPORT FOUND IT PLAUSIBLE COVID-19 LEAKED FROM WUHAN LAB

The case against Mr. Hu is part of a federal government initiative begun around three years ago to stop the transfer of trade secrets and other proprietary information to China. Part of that effort focuses on U.S.-based researchers who are receiving government grants and conducting work or exchanges in China that U.S. authorities say may have involved transferring cutting-edge know-how, wittingly or otherwise.

In the past two years, federal prosecutors have escalated those efforts, charging around a dozen U.S. academics specifically with lying about their China work when seeking U.S. grants to support their research. Several have pleaded guilty, while others, including star nanotechnology experts at Harvard University and the Massachusetts Institute of Technology, argue they are innocent and are being prosecuted for administrative issues in an environment that has become hostile to scientists with China connections.

In Mr. Hu’s case, the mistrial shows what happens when the government couldn’t find evidence of espionage and so "tried to backdoor a fraud charge to a vague NASA grant provision," said Robert Fisher, the attorney representing the MIT professor, Gang Chen. Many federal forms, the lawyer said, "were never designed to be comprehensive as if they are top-secret clearance applications."

At issue in the case against Mr. Hu are two NASA grants he received in 2016 and 2018 for research on metal-joining and 3-D printing techniques. His attorney said Mr. Hu met the requirements of the grants and the University of Tennessee, where he worked in the department of mechanical engineering.

A 2012 law specifically restricts NASA from funding any collaborations with China. Prosecutors argued that Mr. Hu’s work at the Beijing university’s Institute of Laser Engineering was extensive. 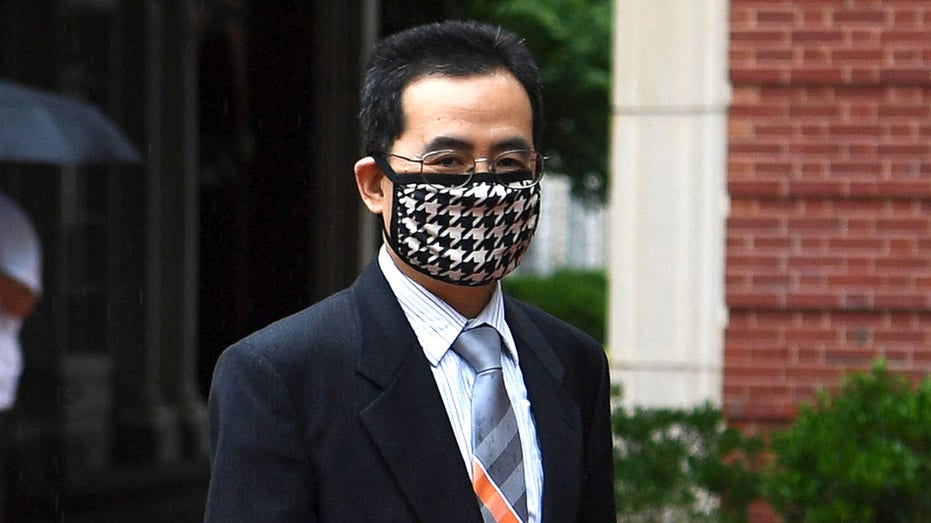 He held a "chair professor" post and supervised graduate students and research, including projects funded by the Chinese government, according to documents introduced at trial. He didn’t report the post in his application for tenure at the University of Tennessee, the documents showed.

"Where do you work? Is that a difficult question or is that an easy one?" Assistant U.S. Attorney Casey Arrowood told the jury in closing arguments. "That question is difficult only if there are consequences for a truthful answer," he said.

Testimony at the trial showed Federal Bureau of Investigation and other government agents raising suspicions about Mr. Hu in presentations to University of Tennessee officials in 2018 and 2019. The agents pointed to a paper that Mr. Hu submitted to a journal affiliated with a Chinese defense university and similarities between his China research and that being done for NASA.

The defense said the presentations were full of inaccuracies. An FBI agent also acknowledged that some of the information that raised suspicions about Mr. Hu wasn’t ultimately corroborated.

In the wider initiative, the FBI has homed in on Chinese-government-run "talent plans" that recruited scientists in the U.S. working on research identified by Beijing as critical to China’s development. The Chinese programs often offered hefty sums to lure the researchers for part-time work, and In many cases the investigators found the U.S. schools didn’t know about that work or the money their researchers were receiving.

Much of Mr. Hu’s trial boiled down to the wording of the conflict-of-interest form and whether Mr. Hu deliberately hid his Beijing job when he checked the "no" box to a question about outside employment.

Mr. Hu said he relied on a portion of the university handbook that described a potential conflict as one that paid at least $10,000, a threshold which he said his China work didn’t meet.

Members of the American scientific community have said the Justice Department misunderstands how collaborative scientific research is, and groups representing Asian-Americans have lobbied the Biden administration to rethink its approach.

The Justice Department has also prosecuted some researchers for stealing proprietary information, rather than just concealing any work in China.

In April, a federal jury convicted U.S. citizen Xiaorong You of conspiracy to commit economic espionage, trade secrets theft and other charges for stealing information about the formulation of special coatings for the inside of beverage cans from Coca-Cola Co. and others.

Prosecutors said Ms. You, who had worked at Coca-Cola and Eastman Chemical Co. in the U.S. also received millions of dollars in Chinese government grants to support a company to develop the stolen technology in China.

To read more from The Wall Street Journal, click here.