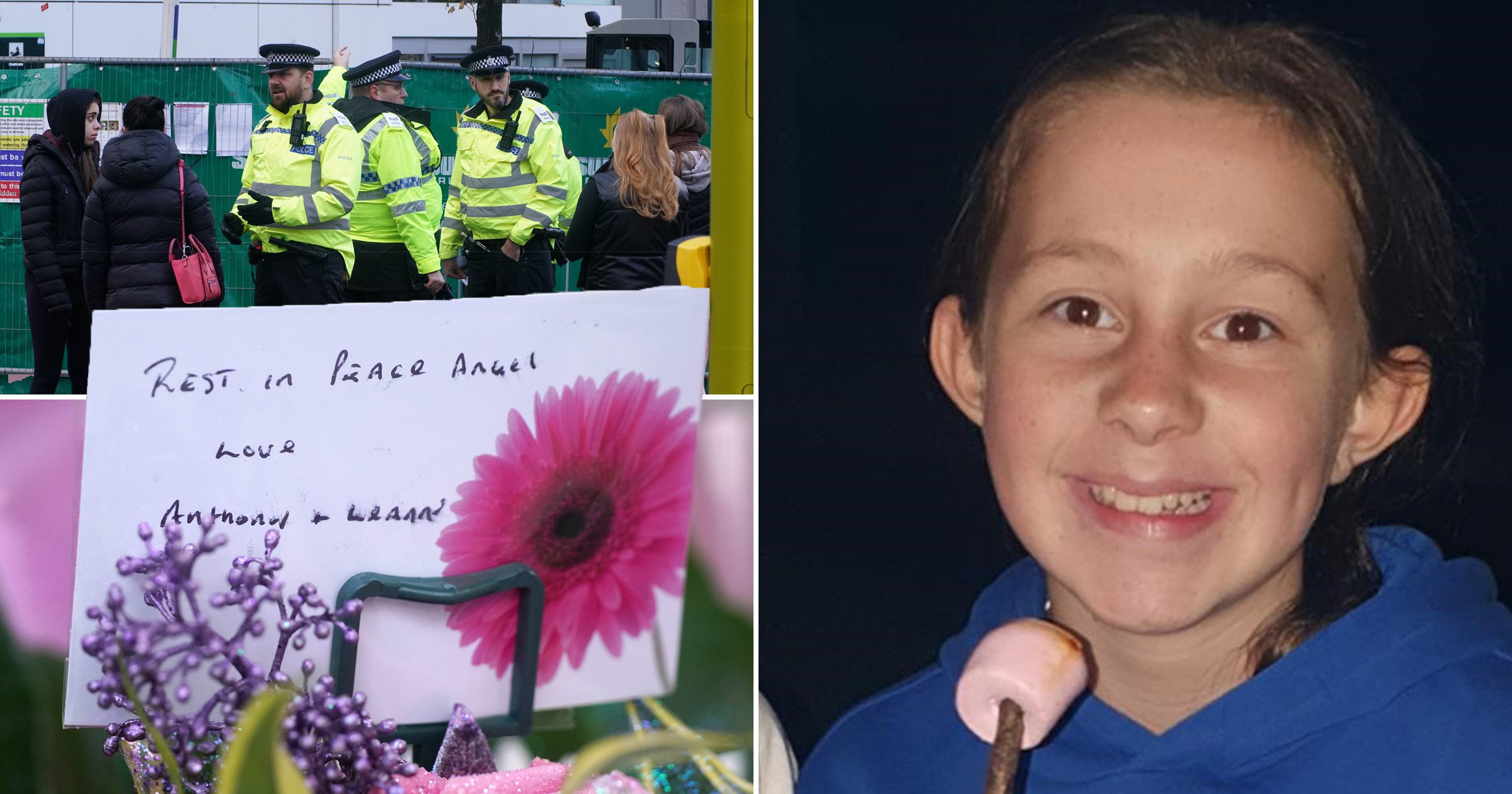 A school has paid tribute to the ‘much loved’ 12-year-old girl who died from ‘catastrophic injuries’ allegedly caused by four teenage boys.

Detectives believe Ava White and her friends had been involved in an argument before she was attacked at around 8.40pm on Thursday night in Liverpool City Centre.

Police found her collapsed on the ground shortly after the Christmas lights switch-on, with a member of the public giving her fist aid.

Ava was rushed to Alder Hey Children’s Hospital where she later died, despite the best efforts of medical staff.

Headteacher Peter Duffy said: ‘Ava was a much loved, valued and unique member of the Notre Dame family. She was an incredibly popular girl with a fantastic group of friends.

‘Our deepest thoughts and prayers go out to Ava’s family and friends and all those affected by this utterly tragic event.

‘My staff are working with students to provide all the support they need at this traumatic time.’

Flowers and a balloon were left at the scene of the tragedy today.

Lacey, 17, said Ava was friends with her younger sister.

She told The Mirror: ‘[Ava] was just a bubbly character, so loving and caring.

‘She came out with her friends to enjoy herself and I think it’s just wrong that this has happened.’

Many children and young people witnessed the attack, which happened as crowds gathered to watch the Christmas lights get turned on.

This has left the school, police and youth workers inundated with calls from traumatised people.

It comes as it was revealed the knife which was used to kill Ava has not yet been found.

But the officers have also confirmed they are not looking for anyone else in regards to the murder.

Detective Superintendent Sue Coombs said: ‘The rest of the detail may take a little bit longer to come out; because we must treat those child witnesses very carefully, today and throughout the weekend they will need special treatment where we interview them with appropriate adults etc.

‘We have yet to speak to any of the real key witnesses, the children, properly, but they will probably fill in those blanks.’

She went on: ‘You never want a 12-year-old to be murdered, no city would want this to happen, it’s very sad for the city but it’s even sadder for her family. Their lives are never going to be the same.

‘We will put in everything we can to ensure we get justice for her but then I’m sure we will be looking at; was there things we could have done, what our partners could have done that might have made a difference because we never want another 12-year-old here or anywhere else to be murdered when they’re out and about having fun with their friends.’