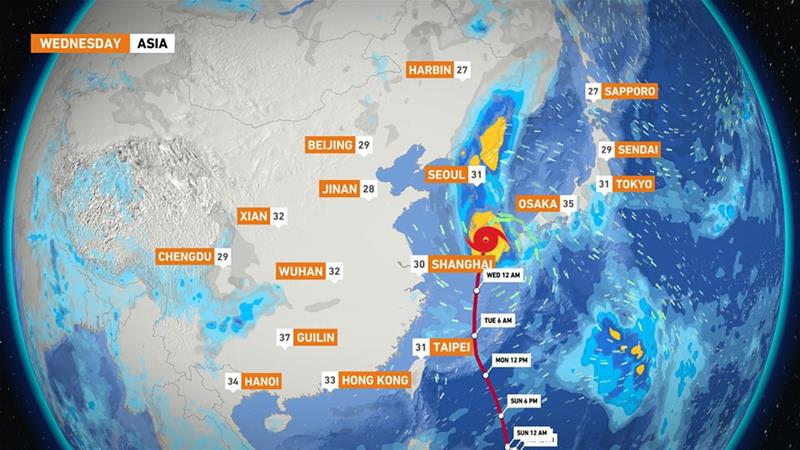 A powerful typhoon is barrelling towards Japan’s southern islands, bearing dangerous winds, as weather authorities warn of a “major disaster” in the region.

The Japan Meteorological Agency warned on Monday that Typhoon Maysak could bring with it storm surge, heavy rains, high waves and violent winds, potentially causing a “major disaster” in the Okinawa region.

The agency also called on residents to “evacuate to sturdy buildings before winds get stronger”.

Maysak is expected to gain further strength, with maximum winds of 252kmph (156.6 mph) as it closes in on the island from late at night, Okinawa Governor Denny Tamaki said in a statement on Sunday.

A total of 180 flights to and from the Okinawa region had already been cancelled and many schools and public offices were closed from Monday afternoon, the Okinawa Times newspaper reported.

Forecasters were warning of flooding, mudslides and swollen rivers, as the storm is expected to unleash up to 80 millimetres (3.1 inches) of rainfall per hour on some parts of the island of Okinawa.

In 2019, Japan was hit by the most powerful typhoons to hit the country in six decades left as many as 36 people dead.