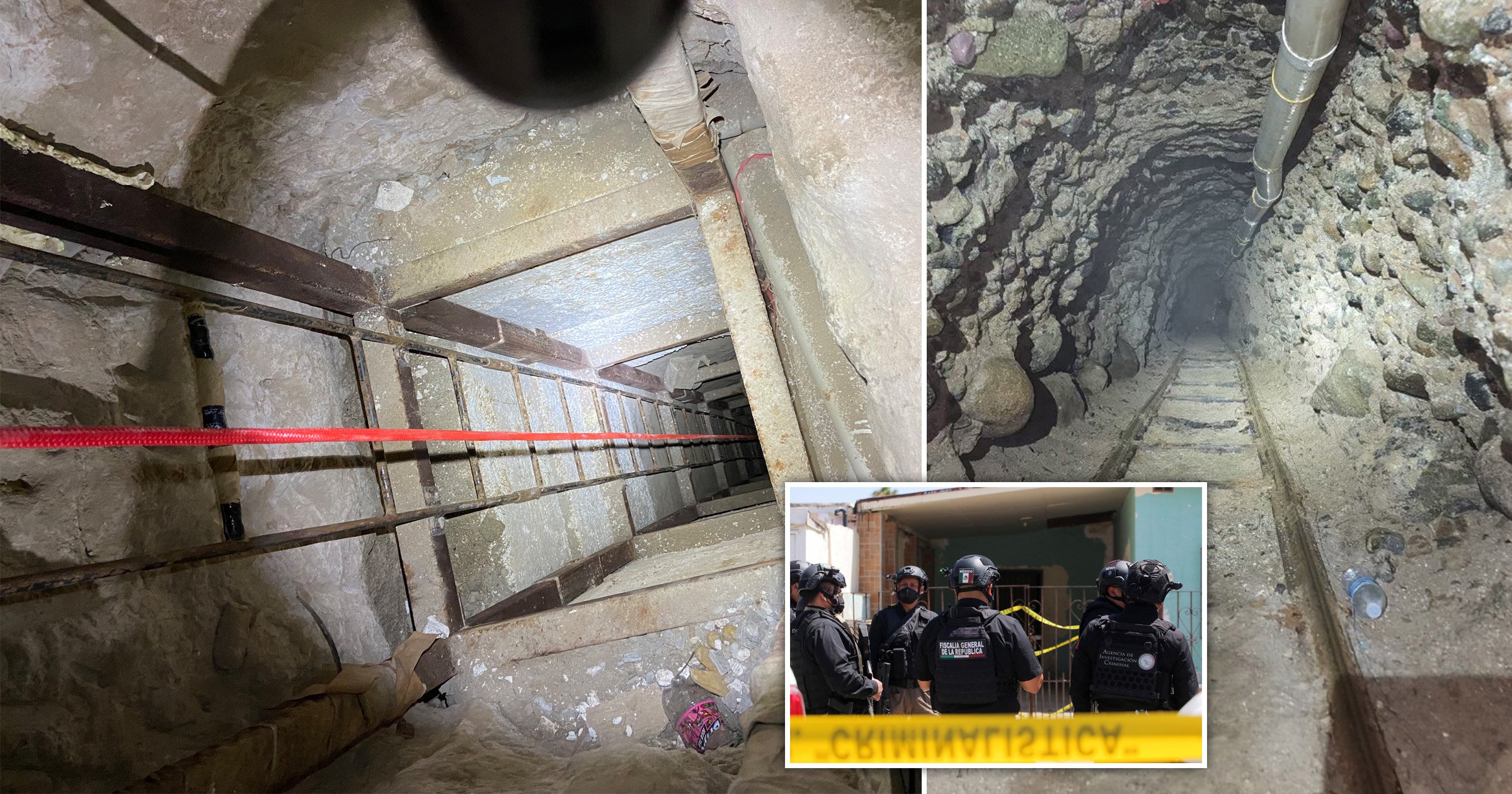 American federal agents have uncovered a tunnel stretching from a home in Tijuana, Mexico, to a warehouse in Southern California, used to smuggle drugs into the US.

The underground tunnel discovered on Friday is 1,774 feet long, four feet in diameter and 61 feet deep. It has rail tracks, metal beams supporting the walls, electricity and a ventilation system.

It was found roughly 300 feet north of the US’s border wall with Mexico in San Diego County’s Otay Mesa neighborhood, according to the US Attorney’s Office for the Southern District of California on Monday.

Homeland Security Investigations agents found the passageway while conducting surveillance of a home in National City, California, that a criminal gang used in March to hide 28 kilograms of smuggled cocaine.

In the the secret tunnel were 1,762 pounds of cocaine, 164 pounds of methamphetamine and 3 1/2 pounds of heroin.

Officials first caught on when they saw Luz de Luna Olmos and Vanessa Ramirez driving from the residence in a pickup truck late Friday morning. The pair stopped at Harbor Freight Tools and took cardboard boxes from a dumpster, then purchased wheel carts from the store.

Olmos and Ramirez, of San Diego, were arrested and charged with trafficking heroin and methamphetamines. The pair along with Juan Cruz of San Ysidro, Adrian Enriquez of Perris and Mario Jaramillo of Huntington Beach, were charged with conspiring to distribute 1,762 pounds of cocaine.

All the defendants have arraignments in court set for Monday, according to the Daily Mail.

‘There is no more light at the end of this narco-tunnel,’ said US Attorney Randy Grossman.

‘We will take down every subterranean smuggling route we find to keep illicit drugs from reaching our streets and destroying our families and communities.’

At least 90 drug tunnels have been discovered in the southern district of California, with the last one busted in March 2020.