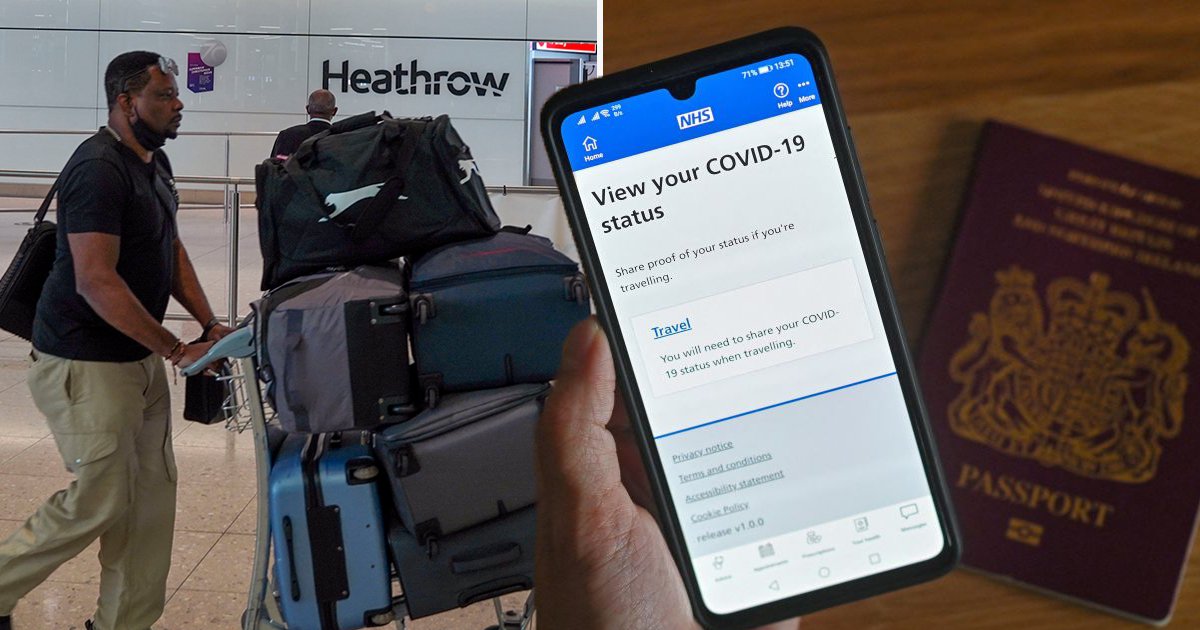 Covid vaccine passports have effectively been introduced for users of the NHS app in England via a change to the app’s features.

Proof of vaccination status was previously available via the app but could only be used when travelling to other countries or certain events, such as Euro 2020 matches at Wembley, as part of government trials.

The app now includes a ‘domestic’ section which shows a ‘NHS Covid Pass’ that can be used at participating venues.

It becomes available once two jabs have been registered in a person’s medical records.

Businesses were already able to accept other means of proving vaccination status to gain entry to their services, as well as proof of a recent recovery from a confirmed Covid-19 infection or a recent negative Covid test..

But for the first time, a common form of certification is available that will be usable virtually anywhere that requires customers to be inoculated.

Boris Johnson’s government was accused of bringing in the passports ‘by stealth’ without properly consulting MPs or explaining it to the public.

Lib Dem MP Alistair Carmichael, who is the party’s home affairs spokesperson, said: ‘The government has just committed to vaccine passports by stealth. This deceitful move is deeply shameful.’

‘We now have a new ID card snuck onto our phones without even as much as a whisper from the government.’

Ministers want to make vaccine certification for nightclubs and other crowded venues compulsory by September, although the prime minister has promised to let MPs vote on any such changes.

The Lib Dems, dozens of Labour MPs and and a group of around 40 backbench Tory MPs are firmly opposed to any laws requiring people to prove they are vaccinated to enter domestic venues.

They have signed a Big Brother Watch declaration against denying individuals ‘access to general services, businesses or jobs’.

The Labour party’s official stance is to support ‘passport plus testing’ for entry to crowded events, although leader Keir Starmer has ruled out vaccine checks at healthcare or food shops.