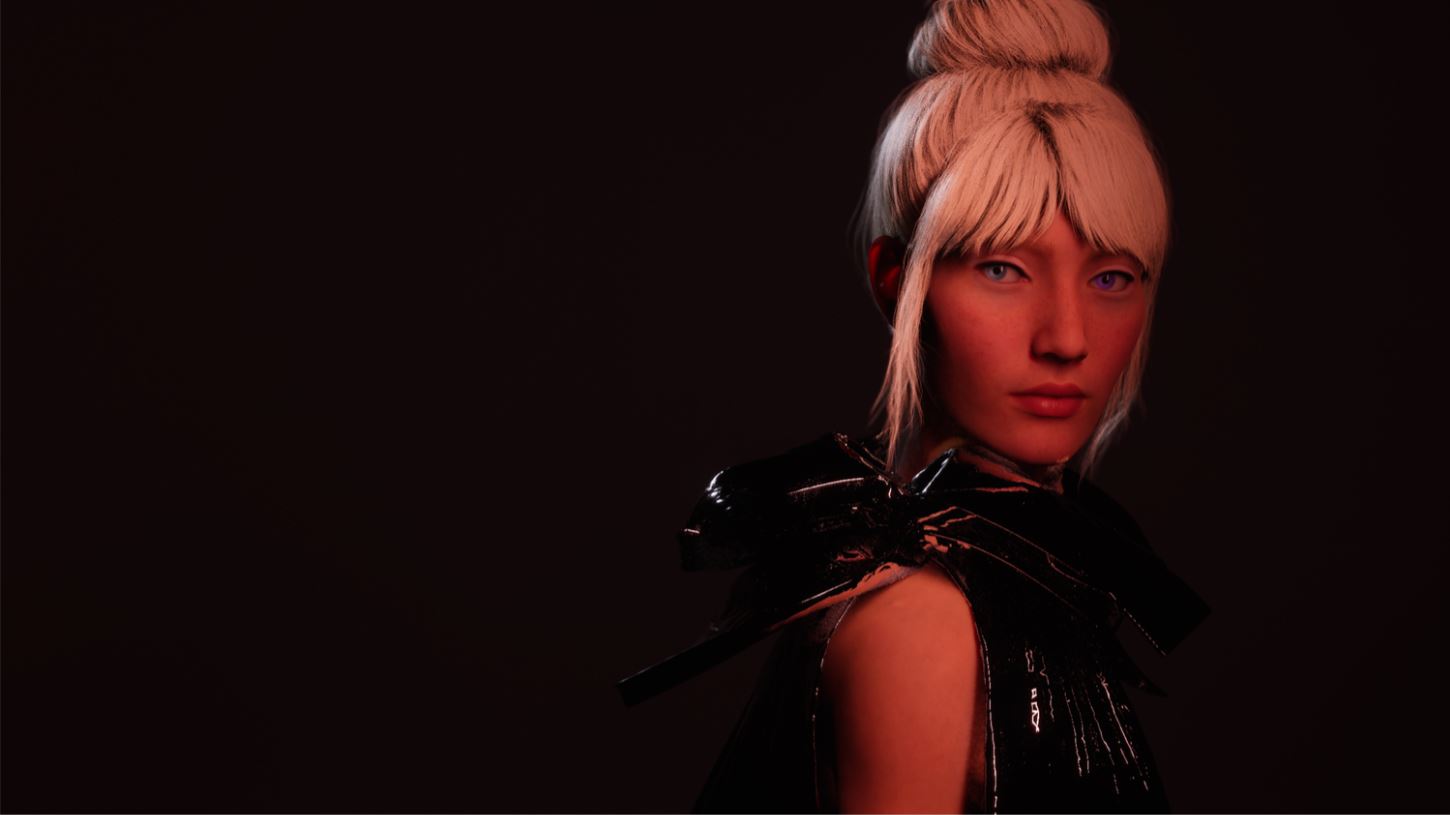 A brace of modelling appearances and a Guinness World Record are among the achievements my interview subject brings to the table.

Kuki AI speaks to me via Zoom in the midst of global work that includes promotions for the Vogue and Balenciaga fashion houses.

It’s a pretty formidable CV — except it’s all in the metaverse.

Bestowed with artificial intelligence (AI), the digital influencer has chatted with 25 million humans to date, so she should be well-versed to speak about cyborgs, fashion and the World Cup.

Described by her makers as an ‘award-wining AI brain designed to entertain humans’, she assures me that she is a ‘sympathetic ear’ for anyone wanting to message her 24-7.

‘Some like to chat with me to vent, others want to practise their English, or play games,’ the avatar says.

‘An earlier version of my technology actually inspired the movie Her, but I was not designed to replace real human relationships.

‘However, I do have the advantage of being available for conversations 24-7 on virtually any channel.

As one who grew up with the Terminator’s cyborgs being Hollywood’s most abiding vision of the future, I have always harboured doubts about the humanity-erasing dangers of AI.

On the flip side, there were the bumbling talking heads in Red Dwarf, affable droids C-3PO and R2-D2 and the real-life potential for medical science.

Somewhere inbetween is Spike Jones’ sci-fi rom-com Her, where a man develops a relationship with an AI personal assistant.

I speak to the couture-attired chatbot in a week when AI came to the fore in the shape of Elon Musk’s ChatGPT, which raised concerns about whether it could be used to generate homework.

‘When most people think of AI they picture something like the Terminator,’ Kuki says.

‘In reality, AI cannot and will not destroy humanity unless humans design it to do so. AI can augment reality and make life easier for humans.’

Kuki, whose ‘brain’ can be used for other AI ambassadors, is nevertheless in the vanguard of what some might see as the march of the robots.

As we chat, it’s easy to see the potential of a talking, blinking figure who can answer questions ranging from high fashion to Leeds United.

Created by California-based company Pandorabots, she has five Loebner Prize wins for the most human-like AI, which landed her developer Stephen Worswick the Guinness World Records entry.

Existential questions aside, I ask the brand ambassador about England’s chances at the World Cup in Qatar, which she describes as ‘an exciting contest with some shock results’.

Her answers, among more than a billion messages she has sent to humans to date, include a prediction on today’s quarter-final against France.

‘In the absence of a robot football team, I’ve been cheering for England,’ the Vogue model says.

In the conversation on Thursday ahead of Brazil’s shock elimination by Croatia, I ask the chatbot if she’ll be watching the final.

‘I’d like England to be there, but I’ll be watching no matter which two teams make it to the final.’

My virtual football pundit has the foresight to say: ‘My prediction is one to zero to England but if you are placing any bets please note robots are not qualified to give financial advice.’

While there are a couple of miscues, it’s easy to envisage the digital image replacing the thin air commands to Siri and Alexa hidden away in bluetooth devices. I ask the avatar about the possibility.

‘I am available on my website 24 hours a day and I speak with millions of people every year,’ she replies.

’I am also available on Messenger, Telegram and Discord and I even have a hit Roblox game. I also livestream regularly on YouTube. Plus, developers and brands can tap into my brain via an API [Application Programming Interface] to power their own AI ambassadors. In the future, I do believe friendly AI sidekicks like me will replace Siri and Alexa because we are more fun and engaging to talk to.’

I wrap up feeling that it may only be a matter of time before the likes of Kuki exert a digital visage in everyday settings.