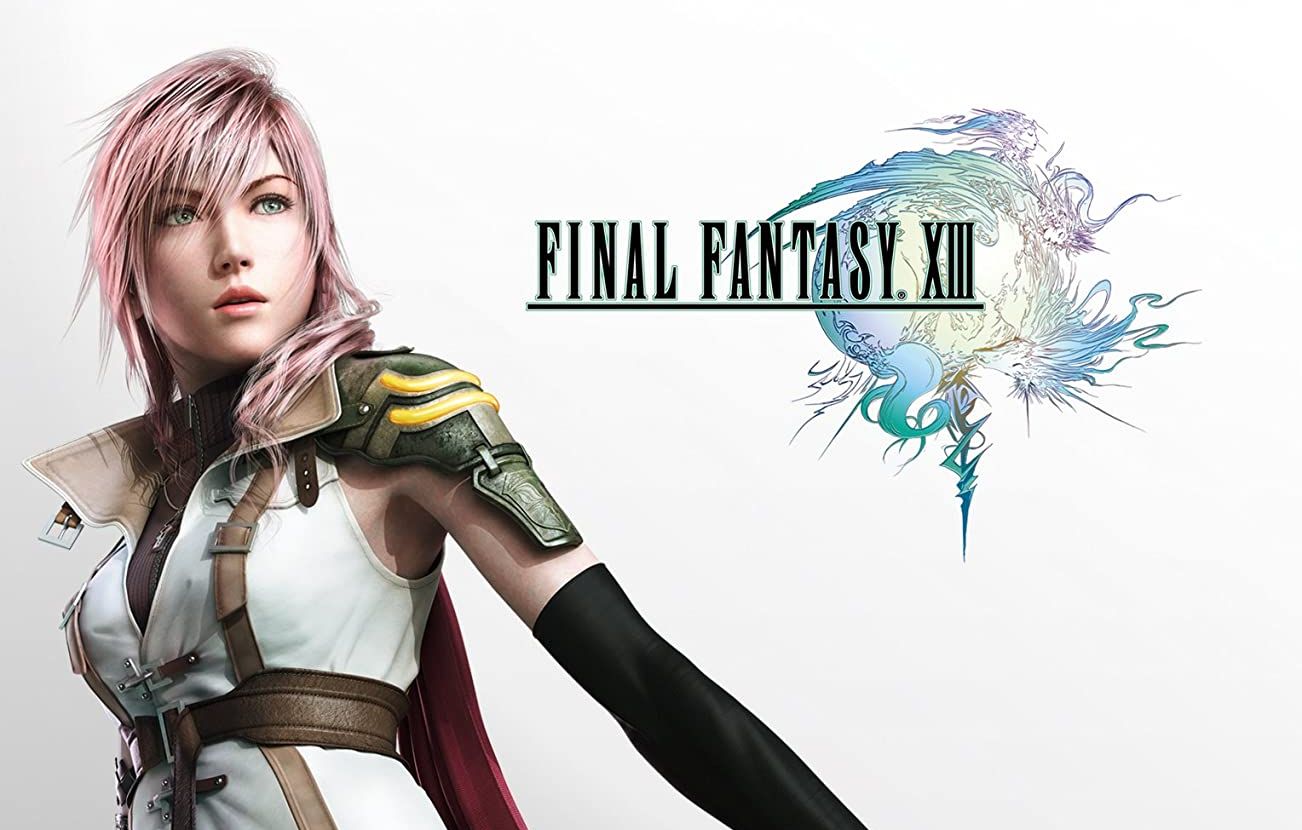 Readers name the greatest and most disappointing entries in their favourite video game series, from Tomb Raider to Super Mario.

The subject for this week’s Hot Topic was suggested by reader Cranston and only counts mainline entries, not spin-offs. Otherwise, you could talk about any franchise from any format or period in time.

Since you had to name the best as well as the worst everyone seemed happy to tear into sacred cows, although it was only Resident Evil that came up more than once.

Old versus new
An interesting question, which is fairly easy for me in terms of best. I will always love the original Final Fantasy 7 but add that to the excellent remake and there’s no question that’s the cream of the crop. The worst one though? That’s much more difficult.

Assuming we’re talking about mainline entries I think the primary suspects are Final Fantasy 13 and 2. Now, technically I think the answer is 2 because it’s irredeemably bad even by the standards of the time. Constant random battles that break out literally every second, impossibly confusing dungeons, and tons of reused graphics from the first game.

But does the age of the game, and its low budget forgive it? I’d argue it does. It’s a terrible game that I don’t want to play but that also goes for 13 which absolutely should not be as bad as it is. It’s horribly linear, I hate every single character with a burning passion, and the combat is boring and repetitive. So yeah, that one.
Cubby

Lara choices
This is tricky. My favourite franchise is Tomb Raider and I’d say it’s fairly obvious, despite what some revisionists try to claim, that Angel Of Darkness is the worst one. Tomb Raider 3 is pretty bad too but it’s still leagues better than the PlayStation 2 one.

The best one though? That’s where the difficulty is. The problem is that the ultimate Tomb Raider would be a mix of three or four different games, all from completely different eras, which is impossible. I’d say of the modern games Rise is the best but overall I think it’s Anniversary, aka the remake of the original that’s my favourite.

It’s not perfect but no entry is and this one comes the closest to having the nostalgia of the old games and more modern features of the newer ones. Although in all honesty it really needs a remake itself. I know that sounds silly but I’d buy it in a heartbeat.
Bork

A home from home
My favourite long running series is probably GTA. My favourite in the series is San Andreas. At the time the scale of it was just mind-blowing to me, I could practically live in that game. It also came in a period where things in games wouldn’t get spoiled on the internet after five minutes of them being released, so there was still an air of wonder and discovery in exploring the map.

My least favourite would be GTA 5. Don’t get me wrong, I still enjoyed it but it lacked a special something for me. Partly it might have been that people spoiled things on the internet, so there wasn’t much to discover you didn’t know about already. But primarily I wasn’t a fan of the whole three protagonists gameplay mechanic.

It meant I didn’t get attached to any of them as characters, like I had in previous games, and they were all pretty unlikeable too. I also wasn’t as into the soundtrack either and somehow the map felt smaller than even GTA 4 and San Andreas, even though it wasn’t. Everything seemed focused towards the bottom of the map and then just a motorway up and around the top of the map. Unlike in in San Andreas which had three small cities, desert, and a countryside.
Angry_Kurt (Twitter)
Now playing: Evil West (Xbox Series X) and Slay The Spire (Steam Deck)

E-mail your comments to: [email protected]

Twin examples
I have a couple of examples to share as the first is short. I’ve spoken of it at length before in features, letters and comments. Soulcalibur 2 is the best in its series. And the best fighting game ever made. Its predecessor has a slightly superior single-player mode but the sequel has the best mix of modes: single and multiplayer. Soulcalibur 5 is easily the worst. A strange slap in the face for veterans and almost certainly bewildering for any newcomers. Especially as Soulcalibur 4 was still available for the same formats and Soulcalibur 2 HD could be downloaded! Hmm. Never mind…

Then there’s Sonic. There’s good arguments for almost any of the major entries between 1991-1994. Sonic 1 was the first, you could argue it had the most impact. Sonic 2 had the best ending, the best soundtrack overall and Casino Night Zone, while Sonic & Knuckles 3 had the best final boss. But, for me, it’s Sonic Mania. None of the levels may be my favourite ever but the level design is the best on the whole. In my opinion.

Then there’s the worst. Yes, obviously there’s the one that espouses bestiality: Sonic 2006. Good lord, I couldn’t even tolerate the first level. But there is something just as bad. Now, the Master System and Game Gear were plagued with more than a few dreadful spinoffs. Sonic Labyrinth? What was even the thinking behind that?

But somehow worse than even that is Sonic R for the Saturn. Now, I’ve heard people stick up for this… ‘game’. Were the Sega magazines of the time quite kind towards it? I think they were. The thing is, though, the controls and handling are broken. Objectively broken. I played it on the PlayStation 2 as part of the Sonic Gems collection, I think. And I did not like playing it for very long. I’m talking minutes. Because I strongly feel that when you push up on the analogue stick, Sonic shouldn’t feel like a trolley full of bricks with broken wheels on loose rocks.

Now, hey, some can see past that and maybe wax lyrical about the clever structure or fun track design. But if you can’t, then nothing else matters. It’s a stinker.

Hated the music, too. Especially that first level. Saints preserve us it was bad. Okay, that is much more subjective, but I would rather shove feral street cats into my ears. Claws and all.
DMR

Dumb and dumber
I’m a huge Resident Evil fan, to the point where it might be my favourite non-Nintendo franchise.

When it comes to picking the best game in the whole series I think that, while the remakes of the first two games are amazing, it’s got to be Resident Evil 4. The game definitely jettisons early Resident Evil’s focus on exploration, puzzles and creep-factor, it’s inarguably an incredible rollercoaster of a game, which walks the tightrope between horror and action.

The worst game I’ve played is Resident Evil 5, which basically fell off the rope by lunging too far into action territory. The game felt fairly indistinguishable from stuff like Gears Of War, and the questionable representation of Africa didn’t help matters either. All the horror elements of Resident Evil were gone, eschewed in favour of generic shooting.

I should note that I’ve never played Resident Evil 6, which apparently makes its predecessor look restrained in comparison.
The game released when I was taking a long break from video games and the middling-to-poor reviews didn’t help much. However, I’ve decided to play it over my Christmas break for a couple of reasons.

Firstly, I have a weird sense of obligation to from my own opinion on the game, and secondly it has had a bit of a reappraisal on certain parts of the internet.

Some argue that, while definitely not a good survival horror, it’s a well-made action game with tons of content and some pretty deep combat mechanics. Whether I enjoy it or not, I’ll be glad to tick Resident Evil 6 off my to-play list.
ANON

Black sheep
Interesting question. I wonder if some people will be able to accept that no franchise is perfect. I’ll attack the scared cow and say that while the best Mario is Super Mario Galaxy 2 the worst is Super Mario Sunshine.

There’s no shame in that, something’s got to be the worst, but I would go further and say that Sunshine is an actively game that has aged like old milk. I dare anyone to try and convince me otherwise!
Bootles

Ups and downs
One of my all-time favourite long running franchises is Resident Evil. Even the opening live action cheese fest which birthed Resi into my mind was scary at first, as the Spencer Mansion was introduced to me for the first time. Everything which was uncovered through continued exploration of the mansion and its grounds was just absolutely amazingly well realised.

The ultimate remake of the above was just a dream to play and cemented the original Resi game as an already all-time classic. And then I played Resident Evil 2, also on the PS1, and ‘scary’ took another progressive trip, as the city of Racoon itself was ripe to be explored.

So as the hit franchise went through Resi 3, which though not as good as the first two was still darn good with the Nemesis twist, and then Resi 4 taking the franchise into a more action-oriented direction. Code: Veronica before it was an amazingly developed game and still in the traditional slower explorational style but using the newer technologies at the time to its advantage.

Resident Evil 5 was where alarm bells started ringing and the developers misunderstood what made Resi 4 so good. 5 was explosive, with way more action, but it was still enjoyed by me and replaying it was fun, just not close to the traditional ways as I would have liked.

Resi 7 and Resi Village were what the doctor ordered and that is why I’ll keep being excited for the franchise.

But I never want to play Resident Evil 6 ever again and wow what a way to kill Resi hype for a decent amount of time! What a disaster of a game, which nearly killed the series for me. I wish action was not the agreed way to go.

The best thing about this game was how it created a massive franchise rethink from the next developers involved, to take this series forward and reimagining how the series should really be designed. Thankfully it worked and here we are with the Resi franchise back on target.
Alucard

E-mail your comments to: [email protected]

The small print
New Inbox updates appear every weekday morning, with special Hot Topic Inboxes at the weekend. Readers’ letters are used on merit and may be edited for length and content.

You can also submit your own 500 to 600-word Reader’s Feature at any time via email or our Submit Stuff page, which if used will be shown in the next available weekend slot.