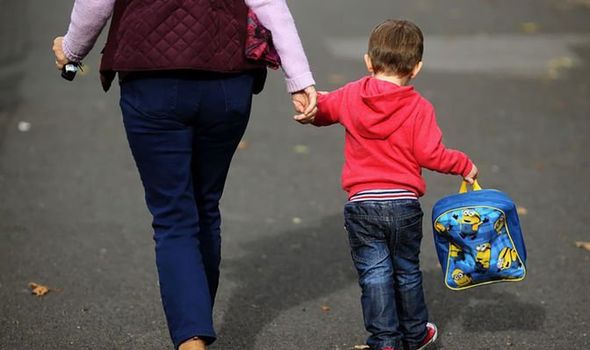 The woman, who is a mother herself, ranted on parenting forum Mumsnet, expressing her view that childless employees should have the same rights to particular periods off work than those with kids. She said, for instance, it is “very unfair” for the same employees to have Christmas off every year, just because they have young ones at home.

Her scathing rant read: “I just read an article on Facebook about this. A parent had asked a childfree colleague if she could have some of her saved holiday days and was refused (understandably).

“That’s obviously a CF [cheeky f***er] request. But in general, what do you think about parents and holiday requests Vs childfree colleagues?

“I don’t believe parents should be given priority when it comes to time off on any holiday, be it summer or Christmas etc. I think it should always, generally, work on a first come first served basis. The amount of times I was refused any sort of time off in the summer because every single parent in the office had booked off the summer and they were given first dibs on those dates used to annoy me.

“I’m a parent now but my opinion hasn’t changed on that. I think if someone childfree has gotten there with the request before you then that’s tough.”

Christmas is approaching and it is believed no further COVID-19 restrictions will be imposed, so many people are putting in requests to spend some much needed time with their families, Liverpool Echo reports.

But the employee’s Mumsnet post continued: “Same with Christmas, if you work a job that requires Christmas working, I don’t think it’s fair to allow the same people off every Christmas year in year out.

“It’s definitely something I’ve experienced in my workplace before and after having DC [dear children] and it feels very unfair.

“I really don’t think it’s anyone else’s responsibility to ensure you get time off during school holidays or things like Christmas and that a childfree colleague has as much right to book the time off as any parent.”

It is unclear where the woman is from but she received a great deal of support from others everywhere online.

One reply reads: “I don’t think parents should have preferential treatment, or it should be first come first serve. Things like Christmas should be shared equally, if you don’t have one Christmas off you can have the next instead etc. Otherwise you get the individual who books all the ‘best’ days off at the start of the year and screw anyone else who can’t make plans that early.”

Another says: “Being a parent is my choice, it’s not for that choice to impact on other people’s ability to take annual leave. If you have to work holidays you have to find childcare, just the way it is.”

A third post in the woman’s favour reads: “I have always gone out of my [way] to allow colleagues with kids to have Christmas etc – but to be honest it is starting to annoy me. With working from home I now find parents seem to believe they have an automatic right to disappear for the afternoon school run. If I said I am going for a non negotiable walk for half an hour at 3pm every day I would quickly be told I am required to attend meetings.

“I do think work should be flexible, but I think some parents expect far too much.

“Having children is a choice and a privilege. I shouldn’t have to work harder and longer to allow other people time off to enjoy family life simply because I don’t have children.”

But a minority argued with the woman’s views.

One person asked: “So you think 80% of the population should not have had children to enable their colleagues to go on holiday? They should give up an instinctive desire & crash the population because of our ridiculous working culture? Who would be nursing you in your old age?”