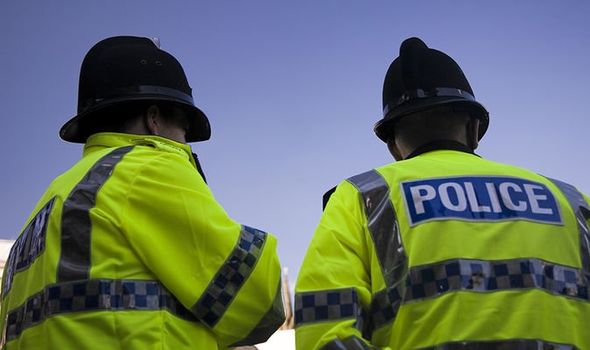 It comes as a poll found 47 percent of women and 40 percent of men said trust in officers has fallen since the kidnap, rape and murder of Sarah Everard by PC Wayne Couzens. Just 29 percent of females feel they can rely on police, they told the YouGov survey for the End Violence Against Women (EVAW) coalition.

Martin Hewitt, Chair of the National Police Chiefs’ Council, said: “We can’t claim to police by consent if any community or section of society doesn’t trust us.

“This is a defining moment for policing. People will look back at how we responded. Misogynistic attitudes and behaviours exist in policing too.”

He conceded the relationship police have with the public is creaking and was “most acutely under strain in our relationship with black people and women”.

The killings of Sarah Everard and sisters Bibaa Henry and Nicole Smallman and teacher Sabina Nessa have prompted calls for police to do more to snare predatory males.

Scotland Yard has also come under fire for suggesting women should flag down a bus if they are in fear of their lives.

Mr Hewitt, speaking at the National Police Chiefs’ Council conference in Westminster, said forces must root out those who did not uphold the highest standards.

But Victims’ Commissioner Dame Vera Baird asked the gathering: “Are we living in a civilised and well policed country? Why are you still not policing violence against women and girls properly?”

Andrea Simon, director of the EVAW, said that despite anger over police failures, top brass were still not taking the problem seriously.

She said: “Instead we have seen superficial measures announced that feel like a PR exercise.

“We know one woman a week reports domestic abuse by a police officer ‑ and police commit offences as wide-ranging as deceiving women into sexual relationships, taking photos of women killed, nicknaming their ‘rapist’ colleagues, and committing rape and murder.

“Women who come forward as victims of abuse are routinely dismissed, blamed, and denied justice. It can be no real surprise that one in 10 women would be less likely to report a sexual assault to the police since the Sarah Everard case.”

Home Secretary Priti Patel has launched an inquiry into how Couzens became and remained a PC.