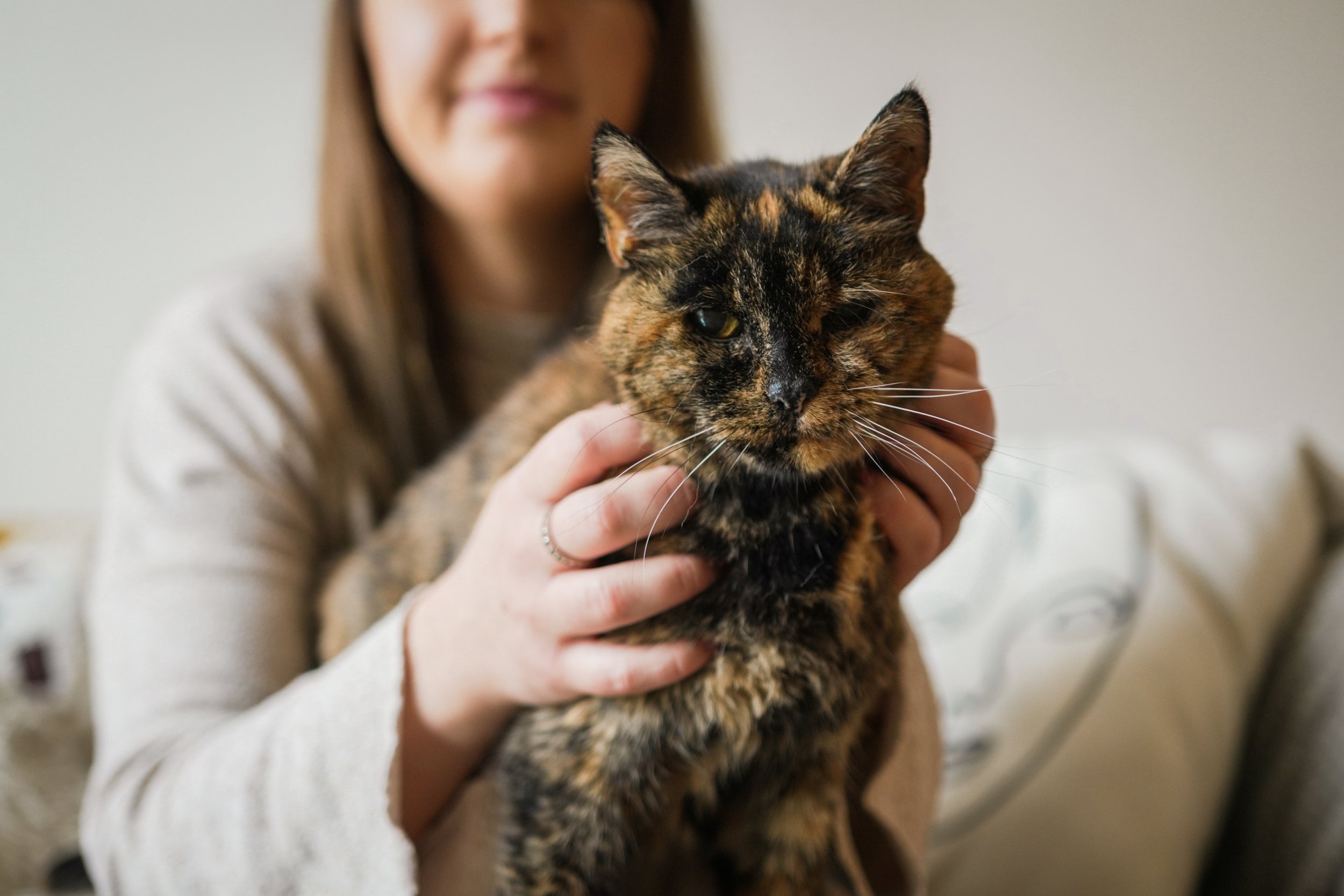 If you ever need wisdom or advice, we’ve got the perfect cat for you to turn to.

Flossie, from London, has officially been declared the world’s oldest living cat at the grand age of 27. In human years, that makes her at least 120.

This puts her on par with Jeanne Calment, the French supercentenarian who lived to 122 years, 164 days old and holds the record for the oldest person ever.

‘Playful and sweet’ Flossie is deaf with failing eyesight – but is living proof that a new life can be started at any stage of life.

After being taken in by a charity, she has just been rehomed with a new owner – who happens to be the same age.

Born in 1995, she was first discovered living with a group of stray cats near a Merseyside hospital.

Two hospital workers took the animals in, but Flossie outlived her owner who died 10 years later.

She lived with her first owner’s sister for 14 years, and then was handed onto her son for three years.

But she was left homeless when his situation forced him to take her to the Cats Protection charity in Kent.

Vicki Green, 27, has now given her a new home – and says she was shocked by her rise to fame.

‘I knew from the start that Flossie was a special cat, but I didn’t imagine I’d be sharing my home with a Guinness World Records title holder’, said Vicki, from Orpington.

‘She’s so affectionate, playful and sweet, especially when you remember how old she is. I’m immensely proud that Cats Protection matched me with such an amazing cat.

‘She’s deaf and has failing eyesight but none of that seems to bother her. She’s completely with it, loves affection and has a very good appetite.’

Vicki’s previous cat, Honeybun, lived until the age of 21, so she knew what to expect, and is encouraging more people to consider adopting older cats.

The new owner added: ‘She was loud for the first few nights, because she can’t see in the dark and was a bit confused in her new surroundings, but she sleeps through the night now, snuggled on the bed with me.

‘Our new life together already feels like home for Flossie, which makes me so happy.’

‘If I’m in such good shape when I’m her age, with someone who does what’s best for me when I need it most, I shall be a very happy lady’, she added.

Craig Glenday, editor in chief at Guinness World Records, has congratulated Flossie, who he describes as a ‘highly deserving record-breaker’.

‘We were so excited to hear about the lovely Flossie and celebrate her long life – it’s not every day you come across a cat who has been around since the mid-nineties’, he said.