Officials from the International Atomic Energy Agency (IAEA) travelled to the plant in southern Ukraine last week. They warned that there was an “urgent need” for short term measures to prevent a nuclear accident.

One of their suggestions was for a nuclear safety and security zone to be established around the facility.

This was after they expressed concern about the physical damage to the plant from shelling.

In his nightly address on Tuesday the Ukrainian President said Russia had “put the world on the radiation disaster edge” .

The former comedian added that it was “up to the world” to develop appropriate measures to ensure that Russia “will be forced to stop terror”. 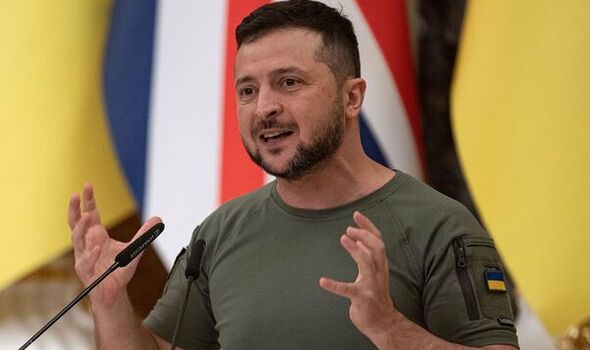 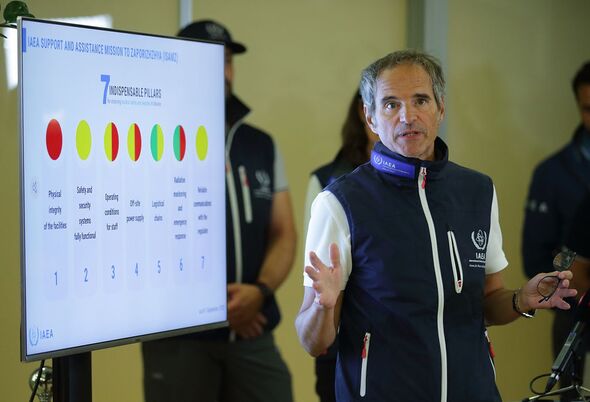 He said: “I believe that the world not only deserves but needs the representatives of the IAEA to force Russia to demilitarise the territory of the ZNPP (Zaporizhzhya nuclear power plant) and return complete control to Ukraine.”

The IAEA team confirmed that they had seen first hand damage to the road surface, walls and windows at the plant.

They also confirmed that the overpass connecting to the reactor units had also been damaged.

Shelling at the facility could have caused “safety significant impacts, loss of lives and personnel injuries” the IAEA report concluded. 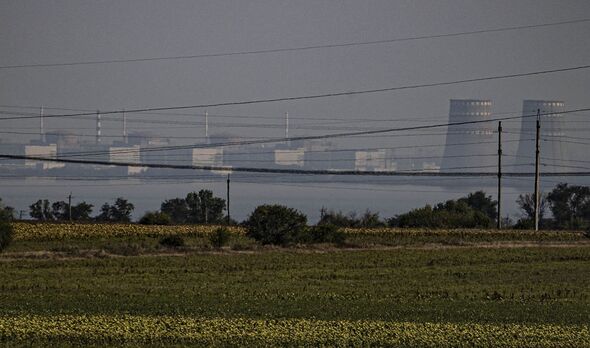 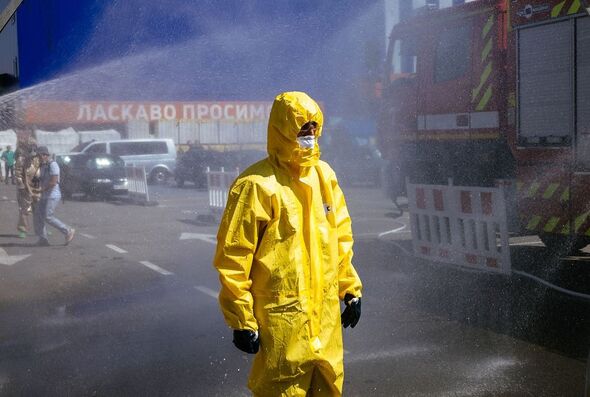 It also warned that the current situation presented a “constant threat to nuclear safety and security” as critical safety functions could be impacted.

UN Secretary-General António Guterres said he was “gravely concerned” about the situation warning it could lead to a “catastrophe”.

He said: “Let’s tell it like it is: Any damage, whether intentional or not, to Europe’s largest nuclear power plant in Zaporizhzhia or to any other nuclear facility in Ukraine could spell catastrophe, not only for the immediate vicinity, but for the region and beyond.

“All steps must be taken to avoid such a scenario.” 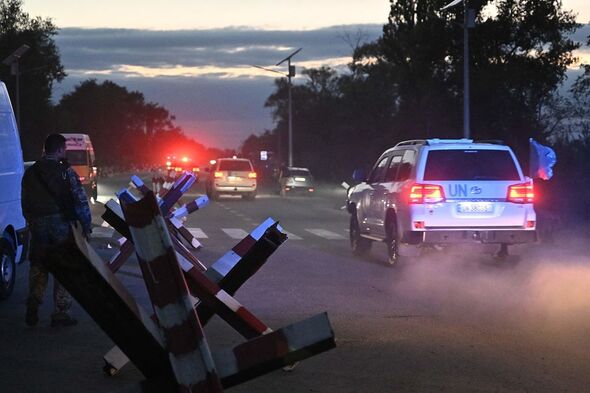 Despite the dire warnings at present radiation levels in the area are at normal levels.

Russia has occupied the facility since March and has been accused of storing military equipment inside the plant.

Despite the Russian occupation of the site, over a thousand Ukrainian staff still work at the site in a three shift system under Russian supervision.

Moscow and Kyiv have both blamed each other for the shelling that has damaged the plant in recent weeks.